Following an appeal from PETA India, the director of the Department of Animal Husbandry and Dairying, Madhya Pradesh, has issued a circular directing deputy directors of veterinary services in all districts to inspect pig farms in their jurisdictions and to ensure that, as per Section 11(1)(e) of The Prevention of Cruelty to Animals Act, 1960, all use of gestation and farrowing crates is ended and prohibited. Similar circulars have already been issued by the Goa and Karnataka governments following PETA India’s action as well as by the Punjab government. Previously, the Indian Council of Agricultural Research’s National Research Centre on Pig confirmed that contraptions in which pigs do not have a reasonable opportunity for movement are illegal. 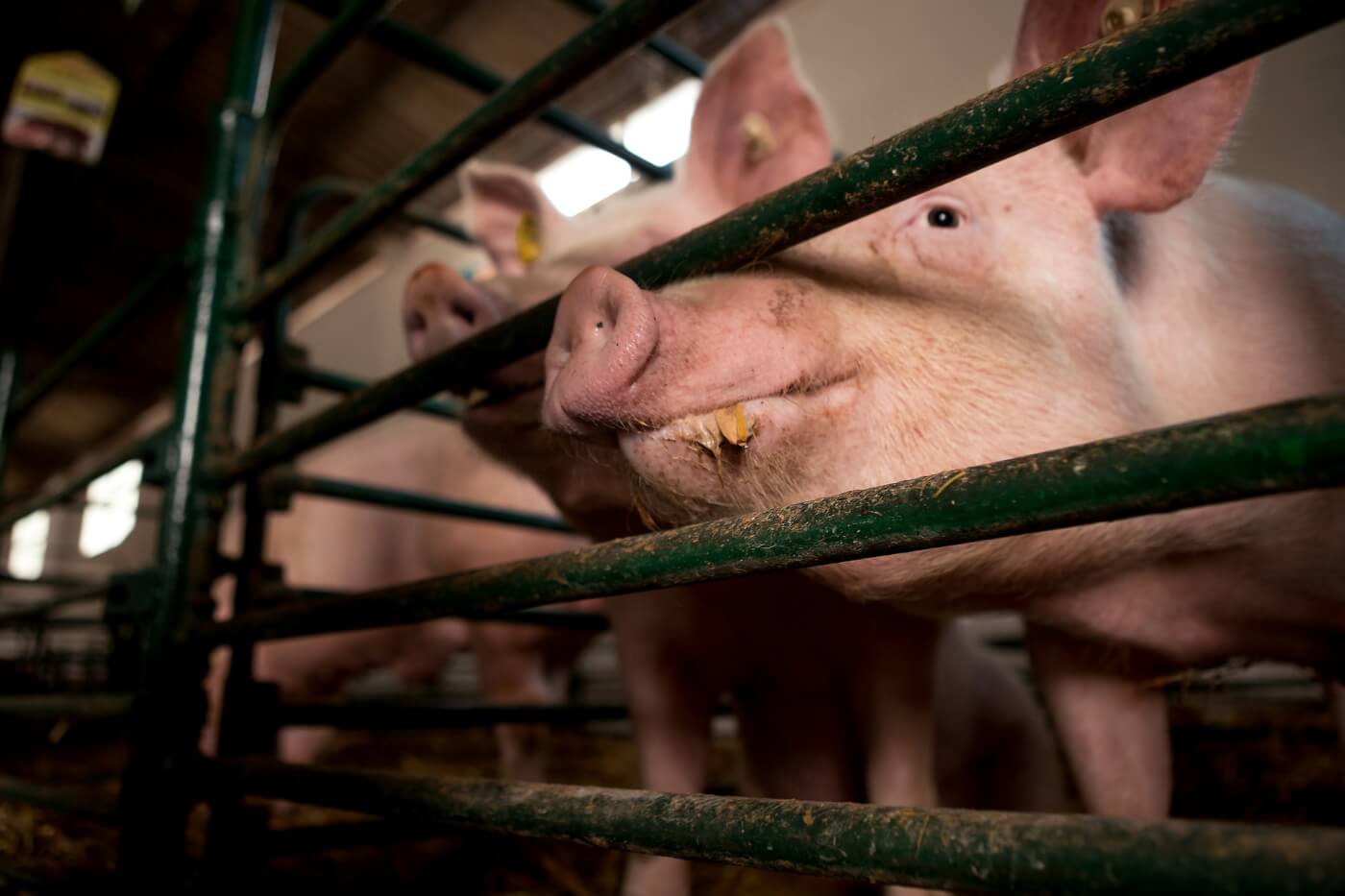 Gestation crates (aka “sow stalls”) are metal cages essentially the size of a pig with concrete or slatted floors, which leave the animals unable to turn around or even stand up without difficulty. They’re used to confine pregnant pigs, who are typically transferred to farrowing crates to give birth and are kept in them until their piglets are taken away. Farrowing crates are fundamentally the same as gestation crates, except that they contain small side enclosures for piglets.