What if aliens experimented on humans? 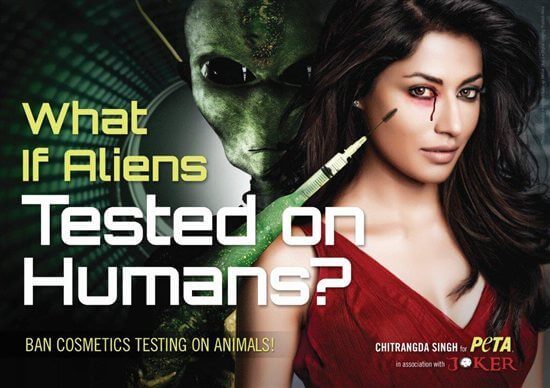 The cast and crew of Farah Khan’s Joker, directed by Shirish Kunder and starring Akshay Kumar, Sonakshi Sinha and Chitrangda Singh, have joined PETA to encourage filmgoers to ponder this question and participate in our campaign to urge the government to ban cosmetic testing on animals. Chitrangda posed on behalf of PETA and Joker with the aliens from the film for the campaign. The ad is shot by ace photographer Atul Kasbekar, make up and hair styling by Mehak Oberoi and digital imaging by Prashish More. See what she has to say about why animals should not be used for testing cosmetics.

You can help. Take action now.