Jet Airways, India’s second-largest airline, has assured PETA India in writing that it does not and will not transport animals to laboratories for use in experiments. In a reply to PETA’s letter inquiring about Jet Airways’ policy regarding shipments of animals to laboratories, Mohammad Ali El Ariss, the airlines’ vice president of cargo, stated, “We would like to inform you, we refuse to carry live animals for laboratory experiments”. 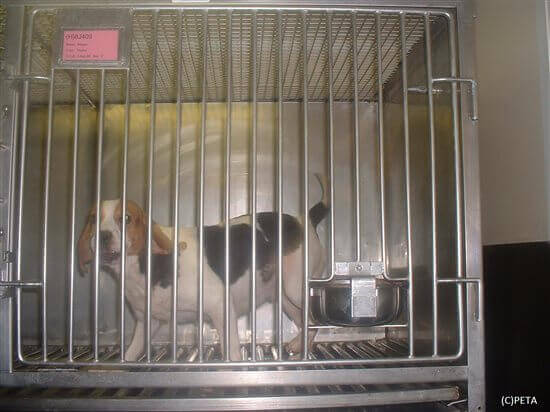 “Jet Airways is now among the enlightened airlines that refuse to transport dogs, cats, primates and other animals to laboratories, where they would suffer and die”, says PETA India Science Policy Adviser Dr Chaitanya Koduri. “Jet Airways has set an example for the dwindling number of airlines – including Air India – that still profit from animal suffering to follow.”

Numerous major airlines have full or partial policies against transporting animals for experimentation. Just among the International Air Transportation Association’s list of the world’s 10 largest cargo carriers, FedEx, UPS, Cathay Pacific, Korean Airlines and EVA Air prohibit any shipments of animals for experiments; Emirates, Singapore Airlines and China Airlines won’t ship primates to laboratories; and Lufthansa has banned shipments of cats, dogs and primates destined for laboratories. One of the exceptions is Air India, which, despite repeated assurances to PETA that it would not transport animals for use in experiments, has backtracked on its pledge and continues to profit from the cruel trade of shipping animals to laboratories.