In response to global pressure to end wildlife trafficking, 137 tigers from Kanchanaburi’s Tiger Temple in Thailand are being seized and transferred to animal refuges around the country this week. The removal of the tigers comes after years of accusations of animal abuse, drugging, and trafficking. The Thai government introduced new animal-welfare laws in 2015 aimed at curbing animal abuse, but authorities have not enforced the legislation—until now.

Thailand’s Department of National Parks, Wildlife and Plant Conservation raided the temple after obtaining a court order to rescue the tigers from the animal prison. Officials have also uncovered on the premises.

Tiger Temple has been hell for animals. The temple calls itself an animal “sanctuary,” but in reality, the tigers who were kept there were imprisoned and denied everything that is natural and important to them. 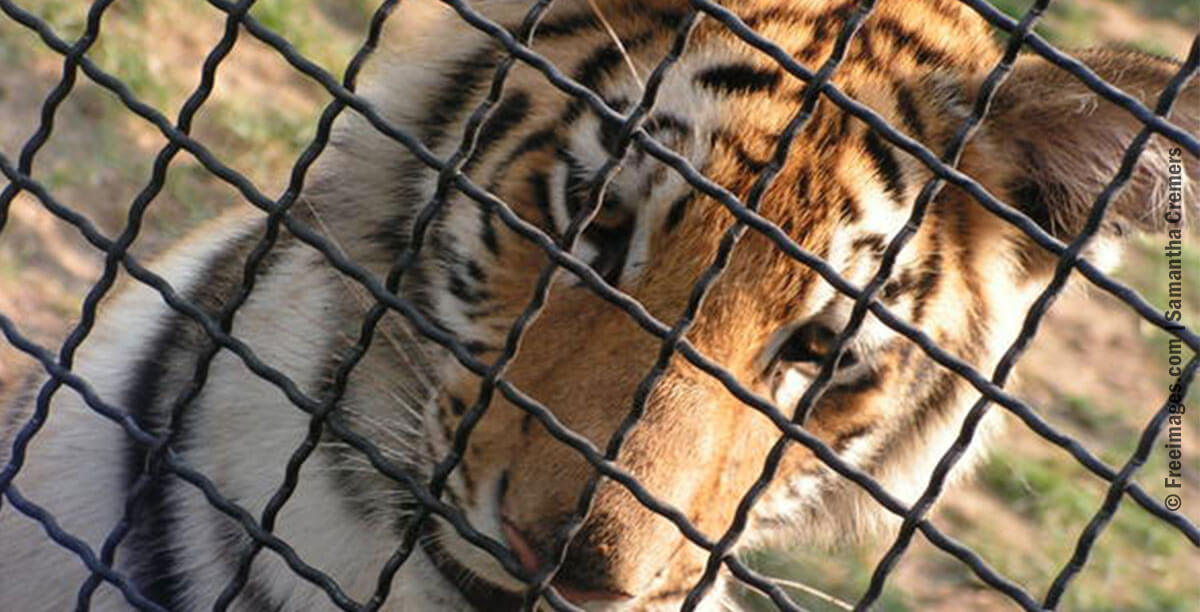 Tigers at Tiger Temple spent much of their lives confined to barren concrete cells. When they were allowed out, it was simply to make money for the temple. Officials report that the temple has earned nearly $6 million a year from ticket sales. Tourists also paid to pose for photos next to the chained tigers in the scorching sun. During these sessions, the animals were reportedly heavily sedated and their movements were restricted. Visitors reported that monks beat the tigers with sticks when the frustrated animals refused to cooperate.

Reputable sanctuaries never encourage visitors to have direct contact with wild animals, yet the monks at Tiger Temple encouraged tourists to stroke and pet the tigers—or even sit or lie on them. Close contact with these wild cats puts humans’ lives in great danger, and tigers have reportedly lashed out at visitors.

Unfortunately, Tiger Temple is not the only facility in Thailand where animals are used as photo props or forced to perform. The seizure of these tigers is a reminder that you should never patronize animal attractions, at home or when traveling abroad. Financially supporting animal acts—whether by riding an elephant or visiting a zoo—ensures continued cruelty to animals.