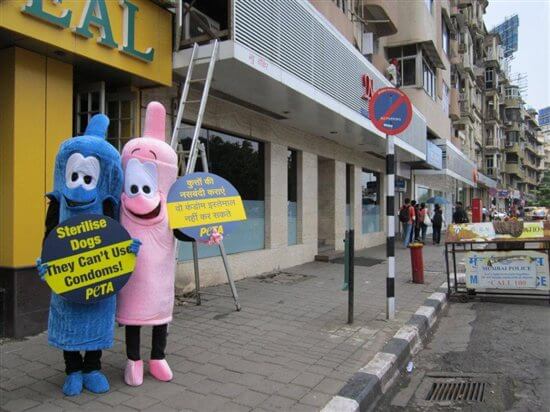 This World Population Day, Mumbaikars got a chance to see two giant condoms waving placards on Marine Drive. Confused? Don’t be! Because dogs can’t use condoms, PETA members in costumes urged people to sterilise their dogs. 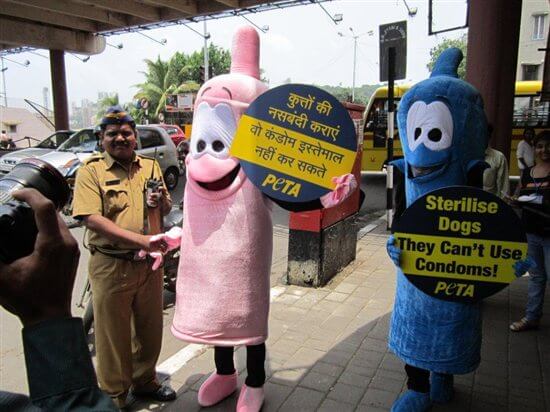 As campaigner Bhuvaneshari Gupta explained during the demonstration, when people allow their dogs and cats to breed, dogs and cats in animal shelters or on the street lose their chance to be adopted into good homes. The only permanent solution to the problem of dog and cat homelessness is animal birth control: always spay and neuter and never buy animals from breeders or pet stores (instead, opt to adopt from an animal shelter or the street). Sterilising one female dog can prevent 67,000 births in six years, and sterilising one female cat can prevent 420,000 births in seven years. Sterilised animals also live longer, healthier lives and are less likely to roam, fight and bite.

So help prevent millions of animals suffering on the street or languishing in animal shelters by pledging to get your companion animals sterilised.