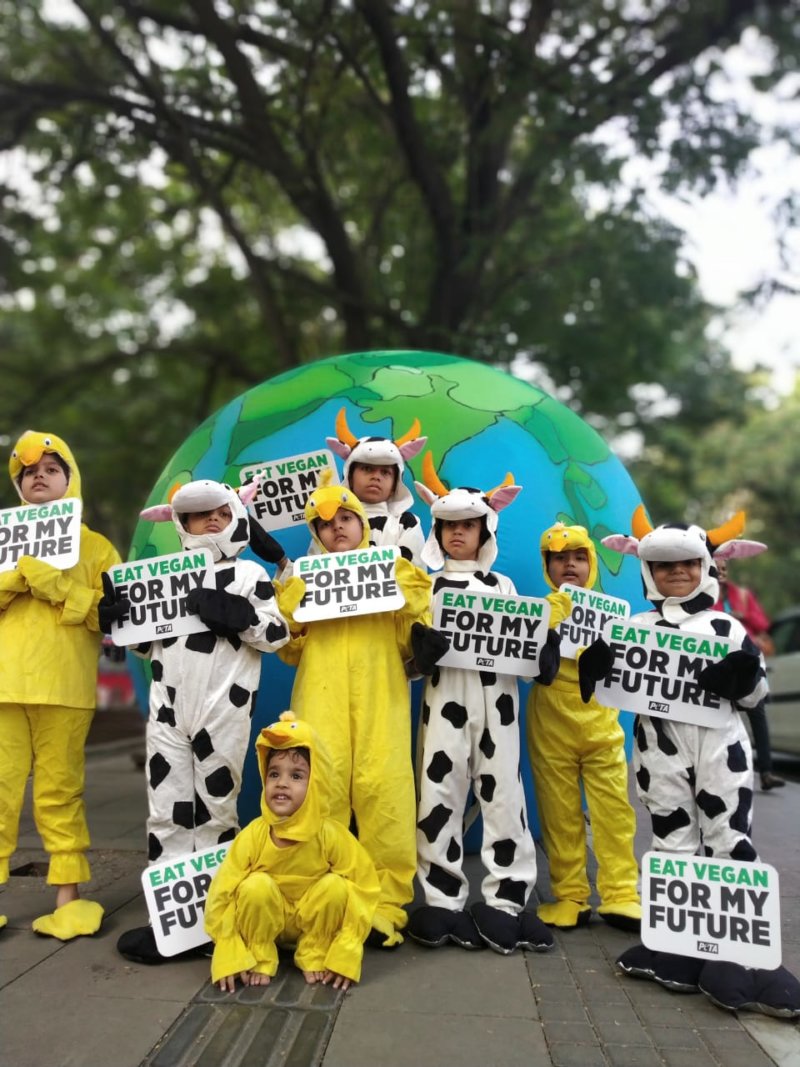 To mark the occasions of Children’s Day (14 November) and World Vegan Month, a brigade of young PETA India supporters from WiseRoots World School wearing chick and calf costumes gathered around a giant globe in Pune. Their message? Go vegan to save the planet before it’s too late. 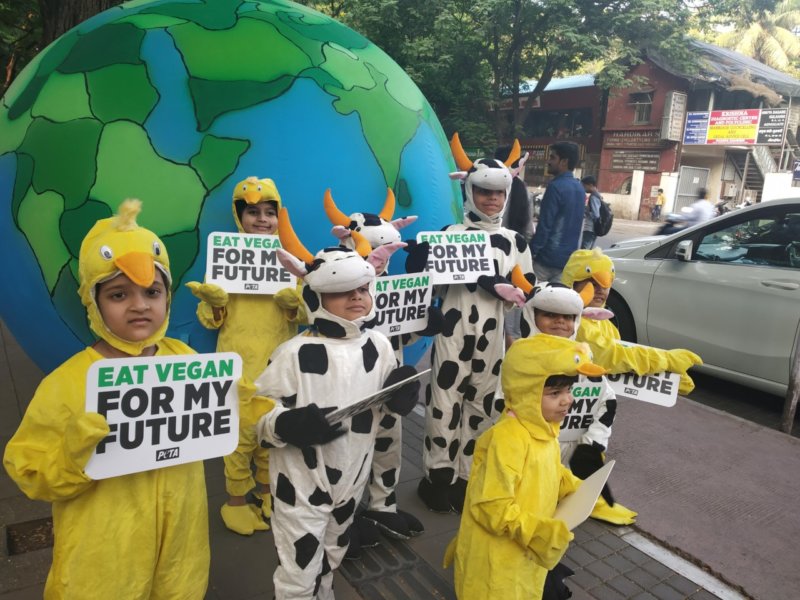 The United Nations states that animal agriculture (raising animals for meat, eggs, and dairy) is responsible for more human-induced greenhouse-gas emissions than the worldwide transportation sector and warns that a global shift to vegan eating is necessary to stem the worst effects of climate change. One study concluded that the consumption of meat, eggs, and dairy might be the biggest threat to much of the world’s plant and animal life, thanks to the clearing of land to rear animals for these industries and grow the crops to feed them. In addition to helping to combat deforestation, each person who goes vegan spares the lives of nearly 200 animals every year.

Want to help save the planet? Order our vegan starter kit today: