Just in time for Children’s Day (14 November), Farah Khan Kunder’s children, Anya, Czar, and Diva Kunder; Shilpa Shetty Kundra’s son, Viaan Raj Kundra; and Raveena Tandon Thadani’s children, Rasha and Ranbir Thadani, joined 1,00,000 students from private and government schools across the country in signing a petition urging the ministers of fisheries, animal husbandry, and dairying and the environment, forests, and climate change to add elephants to the list of species protected from being used for entertainment, such as in circuses and for rides. Bears, monkeys, tigers, panthers, and lions are already on the list. The signed petitions have been submitted to the respective ministries. 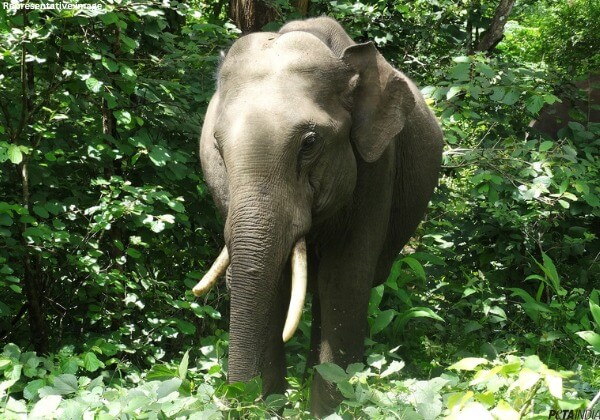 When imprisoned to be used for rides, festivals, weddings, or other events, many elephants exhibit signs of severe psychological distress and frustration, such as swaying, head bobbing, and weaving – behaviour not observed in healthy elephants in nature. Those who are used for performances are routinely controlled through beatings, kept chained for hours on end, moved in trucks from one place to another, and denied proper food, water, and veterinary care. As a result of their abuse, many elephants retaliate. According to figures compiled by the Heritage Animal Task Force, captive elephants killed 526 people in Kerala alone in a 15-year span.

Elephants are highly intelligent and social animals, and in their natural habitat, many of them spend their entire lives with their families. Their home ranges in the jungle can span up to 800 square kilometres, and they roam vast areas for exploration and to forage for food. Elephants work together to solve problems and rely on the wisdom, judgement, and experience of their oldest relatives. These animals deserve the same protection afforded to other wild animals through the prohibition of their use in performances.

Help End the Use of Elephants for Cruel Performances
ShareTweetPin