Ever since Ayesha Takia-Azmi‘s award-winning debut in Taarzan: The Wonder Car, it was clear that the Bollywood beauty would be one to watch. She blew audiences and critics away in the thriller Wanted, and now she’s starring in a true-to-life role: animal advocate. Ayesha is flashing her beautiful smile in PETA’s new ad letting everyone know that “vegans make chicks happy!” 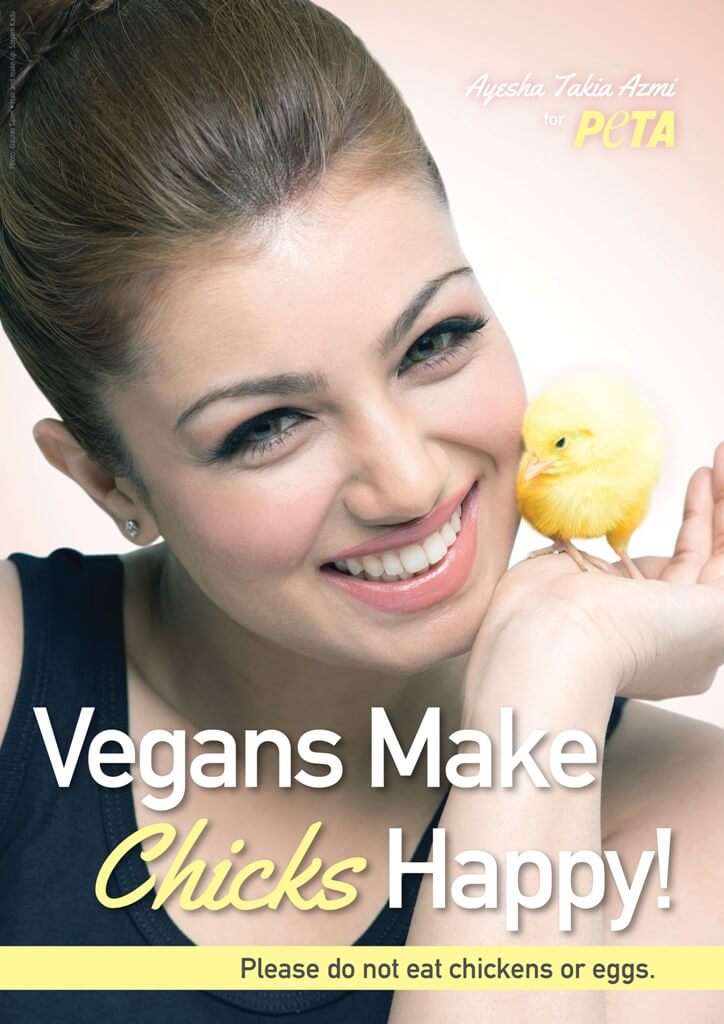 Celebrated photographer Gaurav Sawn shot the ad, and talented artist Satyam Kadu did Ayesha’s hair and make-up. On the set, Ayesha talked about how it was her respect for animals that made her go vegetarian and then vegan. “It’s beyond traumatic to hear the things that the animals go through, when they are obviously slaughtered, the way they are kept, the way that they are treated”, she said.

Chickens raised for their flesh, for example, are often packed into filthy sheds with thousands of other birds. Fumes from their accumulated waste burn their throats and eyes. Most birds lose their feathers and develop blistering, ulcerated feet and other ailments. They’re often pushed to grow such unnaturally large upper bodies so fast that their legs often become crippled under their own weight. At the slaughterhouse, chickens have their throats slashed and are scalded to death, often while they’re still conscious.

Cows, pigs and other animals also suffer. Cows raised for milk are confined to filthy stalls and forcefully impregnated and manipulated so that they’ll produce unnaturally large quantities of milk. Their babies are taken from them soon after birth. Since male calves are of no commercial value to the dairy industry, they are abandoned in the streets, starved or tethered in stalls, where they wait until they are taken to be cruelly killed for their skin or flesh.

Ayesha is proud that she helps end cruelty to animals every time she sits down to eat. “Being vegan is something that has changed my life tremendously”, she beams. “I believe in it. I live it every day now.” 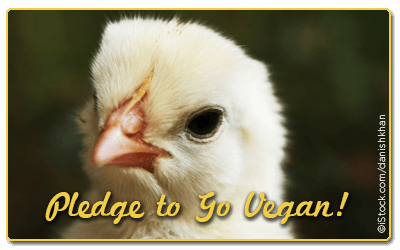