Following a complaint from PETA India based on whistle-blower reports that a horse was involved in a head-on collision and died during the shooting of the film Ponniyin Selvan, the government body the Animal Welfare Board of India (AWBI) called on the district collector of Hyderabad and the Telangana State Animal Welfare Board to conduct an enquiry into the death. The AWBI is the prescribed authority under the Prevention of Cruelty to Animals (PCA) Act, 1960, which authorises the use of animals in films. The AWBI also asked officials to ensure that the culprits receive “exemplary punishment” so that such crimes do not happen in the future. 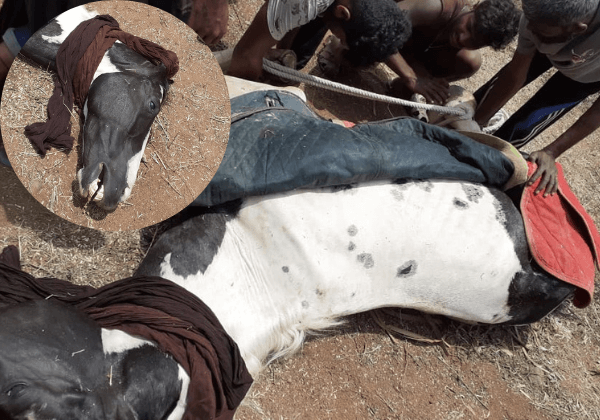 The Abdullapurmet police also registered a First Information Report (FIR) against the management of Madras Talkies and the owner of the horse under Section 11 of the PCA Act, 1960, and Section 429 of the Indian Penal Code, 1860. The owner is reported to have allowed producers of the film to keep using horses who were tired and dehydrated.

We urge film, advertising, television, and digital content producers to use computer-generated imagery, visual effects, and animatronics instead of forcing live animals to perform. Animals used in the entertainment industry are typically separated from their mothers as infants, beaten or starved during training, forced to perform confusing or dangerous tricks, chained or kept in intense confinement when not used, and subjected to the chaos of film and television studios.

We’re also offering a reward of Rs 25,000 for anyone with a video or photograph of the incident in which the horse died, which may help lead to the culprits’ arrests. Such evidence should be shared with us at [email protected].