Following the intervention of PETA India and local volunteer Shashikanth Purohit, former cricketer Vinod Kambli has voluntarily relinquished five rabbits to the group, which had acted on complaints from residents of Kambli’s housing society that a baby rabbit fell from his balcony and died. In a letter to PETA India, Kambli mentioned that he was unable to ensure the well-being of the animals and pledged never to keep them again. PETA India’s veterinarian is providing the rabbits – four adults and one juvenile – with much-needed veterinary care, and the animals will then be transported to a sanctuary for lifelong care.

All kinds of animals can be found for sale – and kept in terribly inhumane conditions – at animal markets across the country. Puppies and kittens are often forced to sit in their own filth, large birds are stuffed into small cages, star tortoises and other protected animals are sold openly, and fish are kept in barren, dirty tanks. Despite the Wild Life (Protection) Act, 1972, which bans the trade and trapping of indigenous birds, and the Convention on International Trade in Endangered Species of Wild Fauna and Flora – which, among other things, restricts the trade in foreign birds – black markets involving many species thrive openly. In March 2022, however, a large raid was conducted by Delhi police after a tip from PETA India, resulting in the rescue of thousands of parakeets and other birds. More raids are planned.

Your support can help us save thousands more animals. 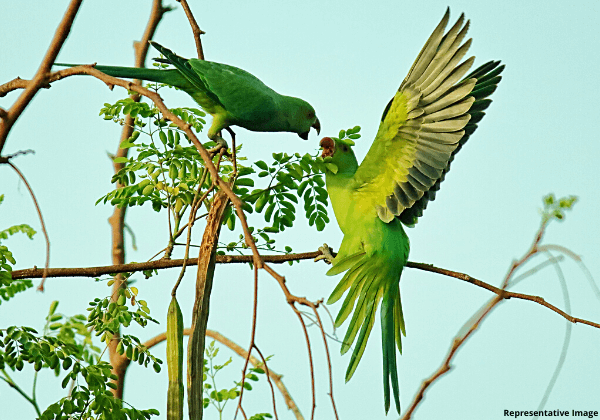