The use of monkeys, lions, tigers, panthers, and bears in performances is banned in India. It’s time to add elephants to that list.

For “Save the Elephant” Day today, join us in a tweetathon using the hashtag #UnchainElephants from 4 to 6 pm IST to help end cruel elephant performances. 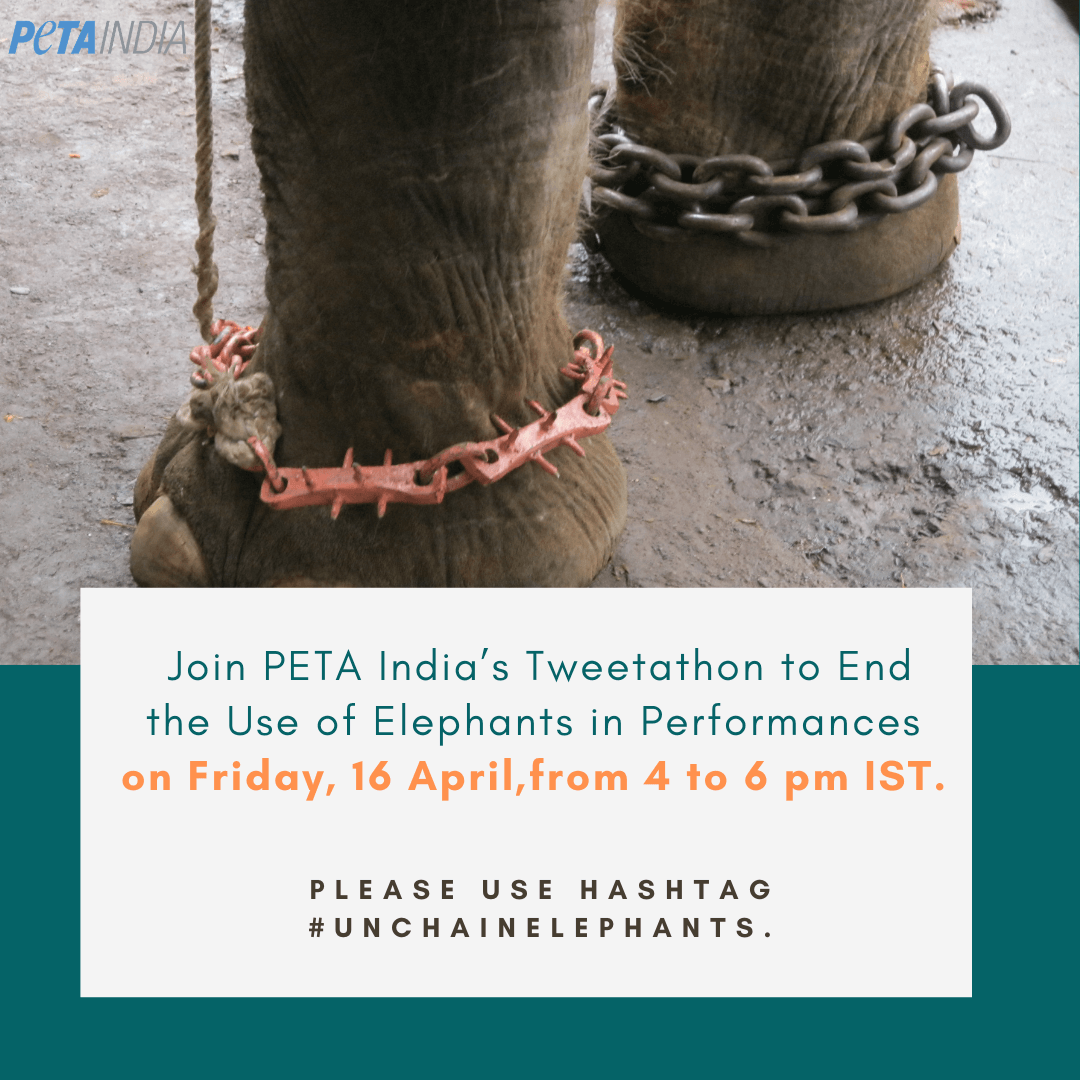 Even though the Wildlife (Protection) Act, 1972, prohibits capturing elephants, these sacred animals are torn away from their families in nature and beaten into submission. Most of the elephants in India are being held illegally, since their custody has been transferred illegally among people and they’ve been transported to different states, as revealed by Animal Welfare Board of India inspections and reports from state forest departments.

Elephants used for rides, festivals, and circuses are routinely chained, confined, and beaten. Many show signs of severe psychological distress – such as swaying, head-bobbing, and weaving – behaviour not found in healthy elephants in nature.

You can help elephants. Join PETA India in requesting that they be included in the list of animals banned from performances – take part in our tweetathon today. (Tweeting on other days would also help.)

Be sure to include the hashtag #UnchainElephants.