Lying on a lush bed of spicy red chillies and showing off her striking plant-powered physique, Sunny Leone proclaims, “Spice Up Your Life! Go Vegetarian” in a new PETA ad for World Environment Day (5 June). The stunning campaign was styled by Hitendra Kapopara and shot by leading photographer Subi Samuel. Her hair and make-up were done by Tomas Moucka. 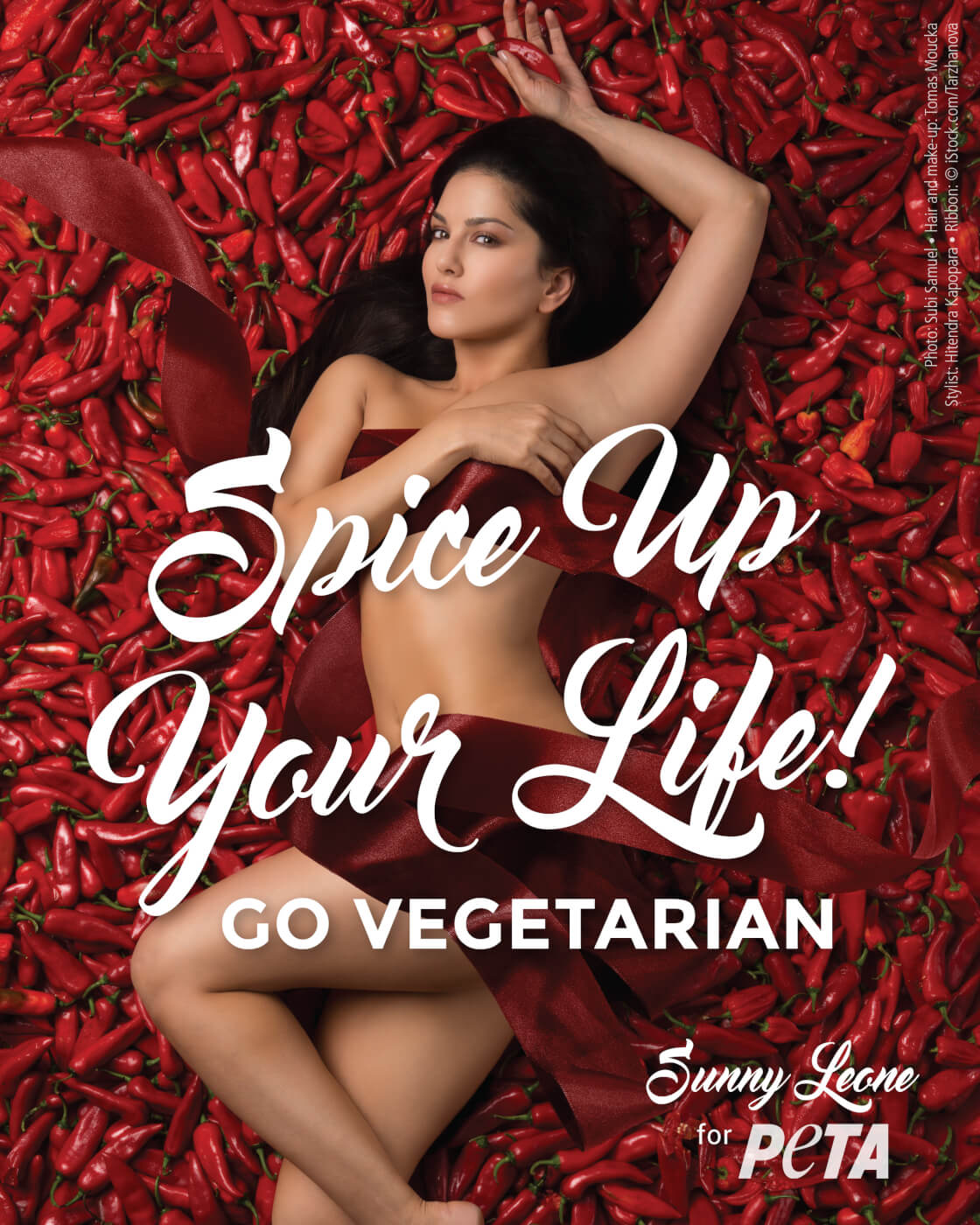 “I’ve also noticed I have a lot more energy. I’m eating a lot more vegetables. I feel actually really, really amazing,” says Leone on going vegetarian. “Animals suffering in the meat industry is probably one of the saddest things that I have ever seen.”

Eating animals also wreaks havoc on human health. The consumption of meat, eggs, and dairy foods has been conclusively linked to a higher risk of suffering from heart disease, strokes, diabetes, obesity, and cancer, and raising animals for food is a leading producer of the greenhouse-gas emissions that cause climate change.