After a local reported that dogs were being killed for meat by a man in Madanrting, Meet Ashar, PETA India Emergency Response Coordinator, sprang into action to guide the whistleblower, work with the Meghalaya police and the Stray Animal Rescue Society (SARS) to stop the dog killer. The action led to the arrest of a man by the name of Ropeklien and the rescue of two dogs, who are currently recovering from their ordeal with a volunteer. 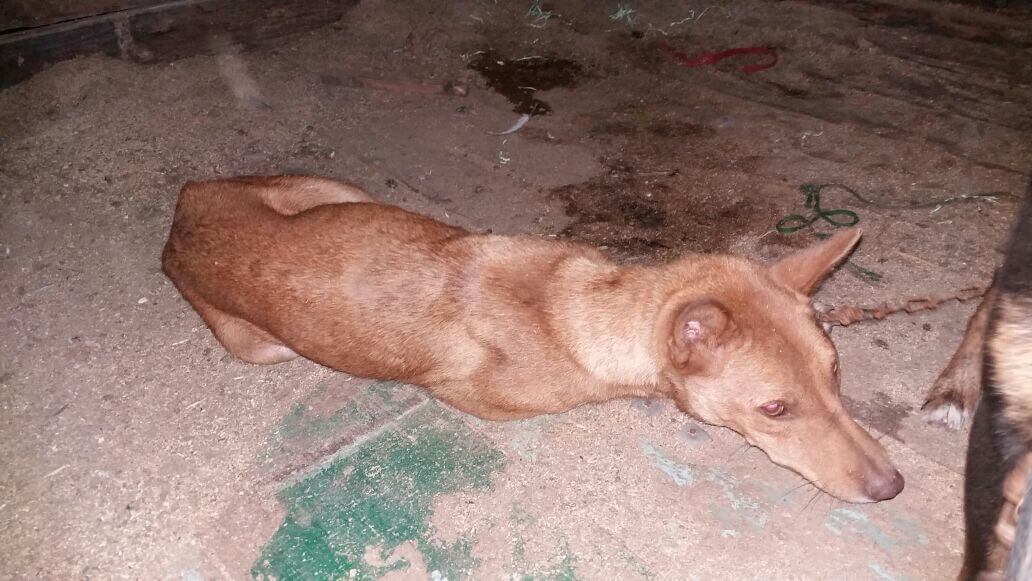 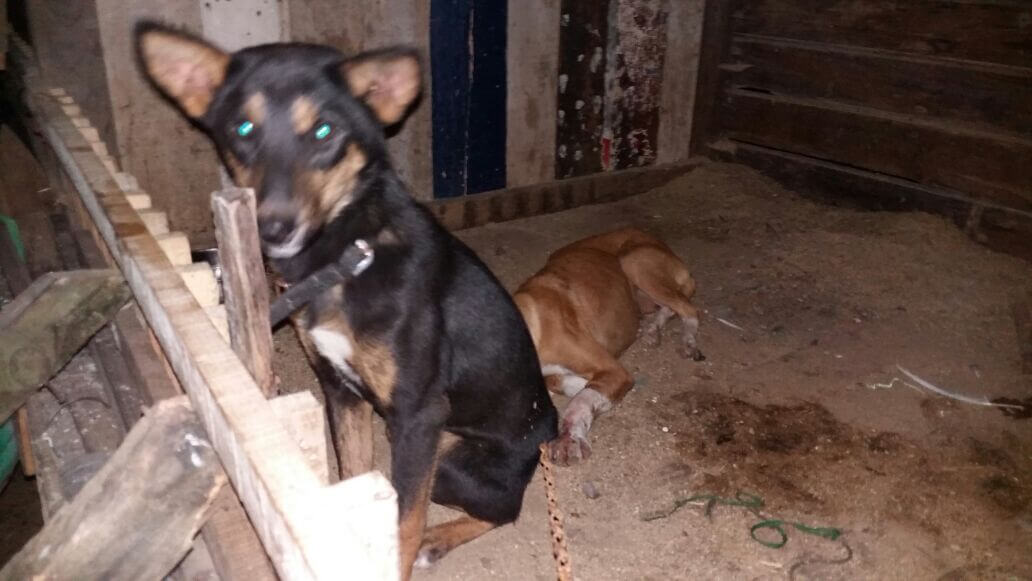 A first information report was registered by Tashneem Mawlong , co-founder of SARS, under Section 429 of The Indian Penal Code, 1860, and Section 11(1)(a), (d), (e), and (l) of The Prevention of Cruelty to Animals Act, 1960. The Director General of Police of Meghalaya, Mr S K Jain, appointed Danny Kharbani, the head constable – special cell, crime branch and Mr Vivek Syiem – the Superintendent of Police(City) – East Khasi Hills, as the nodal officer for the case. A weighing scale, a knife, a sack with blood stains, and a blow torch (which was used for fur removal) were seized during a raid, at which point two dogs were also found. Locals allege that the accused has a history of killing up to ten dogs a week.

The consumption of meat, eggs, and dairy foods is responsible for unimaginable animal suffering. Dogs are butchered with dull knives while they are still conscious. Chickens used for eggs are often kept in cages so small that they cannot spread a wing. Fish suffocate or are cut open while they’re still alive on the decks of fishing boats. And calves are often taken away from their mothers shortly after birth so that humans can steal the milk that was meant for them. Eating meat can cause our health to suffer, too: the consumption of meat and other animal-derived foods has been linked to heart disease, strokes, diabetes, cancer, and obesity.

You Can Help Animals:

Did you know that you could save thousands of animals just by adopting a meat-free diet? That’s right – going vegan saves lives!