Following complaints filed by PETA India and the intervention of the government body the Animal Welfare Board of India regarding the cruel beating of an elephant named Jeymalyatha, a mahout shown abusing her in a recent video was arrested and released on bail. Two viral videos show mahouts beating her. In the latest one, apparently recorded in the sanctum sanctorum of the Krishnan Kovil temple, she can be heard screaming in pain. 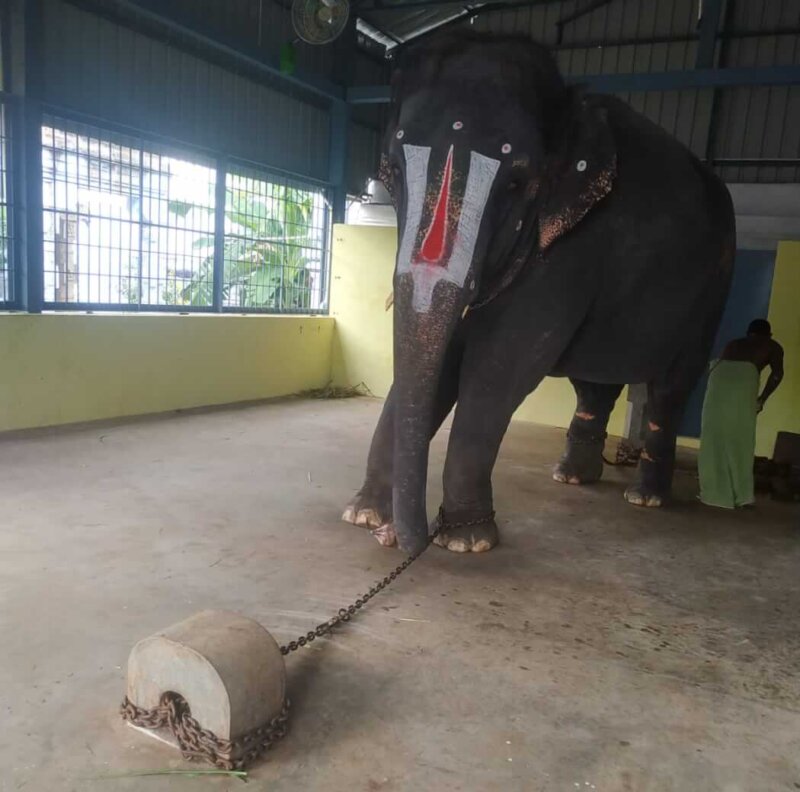 A first information report under Sections 289 and 429 of the Indian Penal Code, 1860, and Section 11(1)(a) of the Prevention of Cruelty to Animals Act, 1960, was registered against the mahout, and a wildlife offence report under Section 2(16)(c) read with Sections 9 and 51 of the Wild Life (Protection) Act (WPA), 1972, along with Rule 13 of the Tamil Nadu Captive Elephant (Management and Maintenance) Rules, 2011, was registered by the Srivilliputhur Forest Range in July.

The Srivilliputhur Nachiyar Thirukovil temple reportedly kept Jeymalyatha in captivity illegally for more than a decade, as she was never returned to the Assam forest department after her six-month lease expired. The first video, which surfaced in February 2021, showed Jeymalyatha being beaten at a rejuvenation camp and led Tamil Nadu’s Hindu Religious and Charitable Endowments Department to suspend the two mahouts involved. The Tamil Nadu forest department booked them under Rule 13 of the Tamil Nadu Captive Elephants (Management and Maintenance) Rules, 2011, and Section 51 of the WPA, 1972. Despite these actions, the second video shows that Jeymalyatha’s abuse continued, at the hands of another mahout.