The fate of animals today is similar to that of humans who were subjected to slavery and other civil rights injustices—they, too, are tortured, abused, and neglected as humans once were and sometimes still are. Animals are slaughtered  by the billions every year in the food industry, without even a thought to their feelings or needs. They languish in small stalls and cages or are otherwise deprived of everything that is natural and important to them, until the day that they are sent to slaughter. Animals suffer similarly for the sake of entertainment, fashion, and experimentation.

Never be silent.  Share some of these quotes from Martin Luther King Jr. with your friends and family in order to lend your voice to suffering animals today: 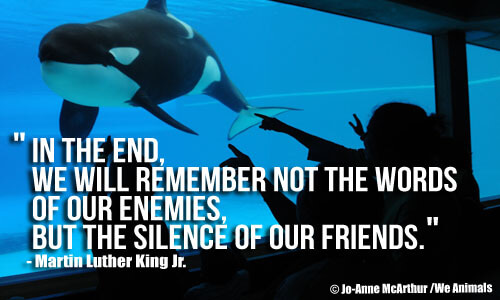 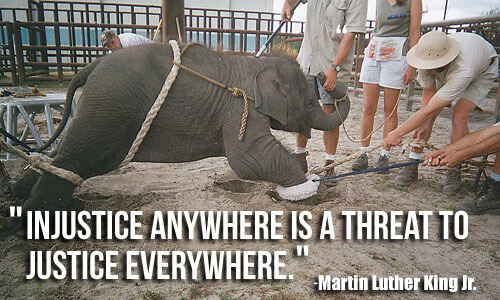 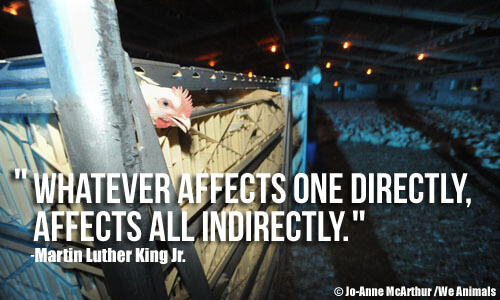 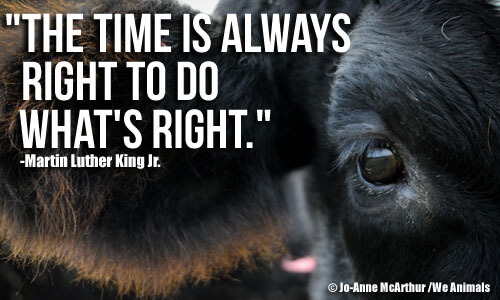 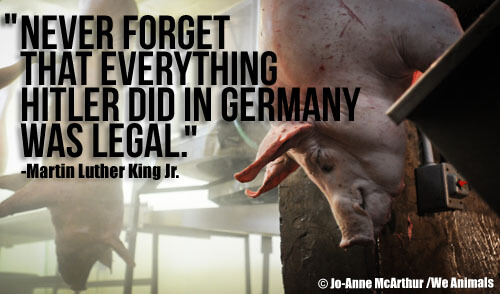 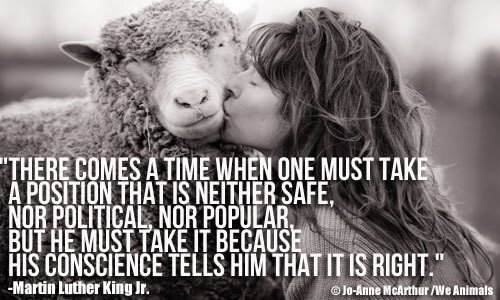 On Action for Animals 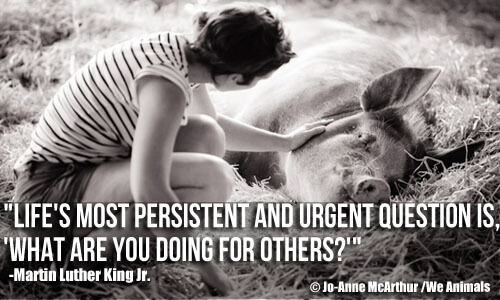 Martin Luther King Jr. took a stand against inequality and rallied for civil liberties. Rise up against the injustices that are happening behind closed doors right now and make a change for the world and its inhabitants.