Canada’s most famous blonde, Pamela Anderson, has never been one to shy away from controversy or keep her opinions to herself, especially when animals are involved. So taking on the Canadian government over the country’s Canada’s annual seal slaughter? No problem. 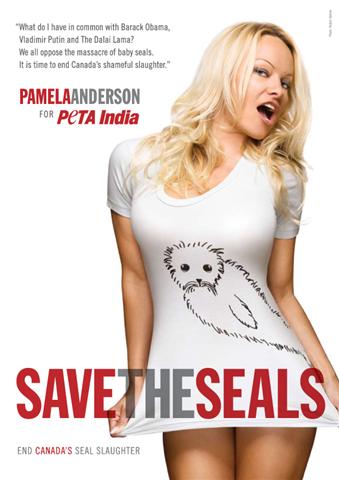 The former Baywatch beauty, who’s spoken out against her homeland’s cruel seal massacre numerous times in the past, is the perfect person to star in a “Save the Seals” ad series. After all, no one fills out a T-shirt like Pam!

Each year, tens of thousands of seals, many of whom are still babies, are bludgeoned to death or shot for their fur. Some of the seals are so young they haven’t even taken their first swim. Pam is calling on the Canadian government to permanently end the Canada’s annual seal slaughter once and for all.