When Jon Favreau set out to direct Disney’s live-action The Jungle Book, which debuts in India on 8 April, he was tasked with bringing to life some of the most iconic animal characters ever seen on screen, from Baloo the bear to Shere Khan the tiger. But rather than relying on abused captive animals to create the film, Favreau turned to advanced computer-generated imagery (CGI), explaining, “It’s amazing what they can do with [creating the appearance of] fur and live-flesh animals, and so every day I go into work it’s astounding what these visual effects artists accomplish “.

The result is a realistic yet mythical world filled with larger-than-life, anthropomorphic animals who live, breathe, fight and flee amid lively, lush scenery. Out of gratitude for Favreau’s compassionate decision, PETA US is presenting the director with an Innovation in Film Award. 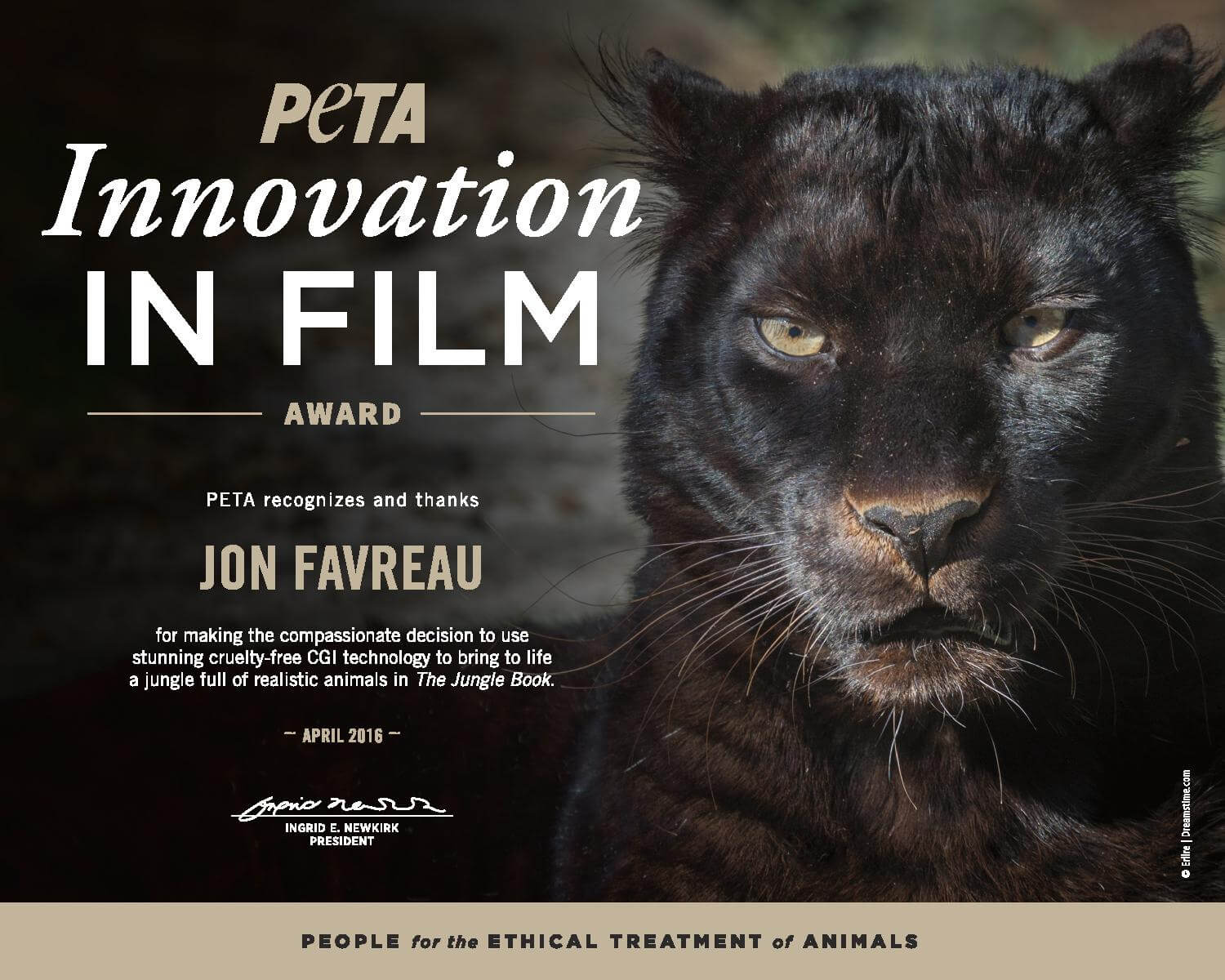 As technology progresses – and as filmmakers learn how animals suffer from deprivation and abuse in the entertainment industry – the use of digital effects to portray animals is becoming more common. PETA US previously recognised Rupert Wyatt and Darren Aronofsky for the stunning CGI used in Rise of the Planet of the Apes and Noah, respectively.

In addition, PETA US’ TV spot   – which employs cutting-edge technology to address the plight of great apes used for entertainment – won top honours in visual effects at the prestigious Cannes Lions festival, and the top 10 advertising agencies in the United States have signed PETA US’ Great Ape Humane Pledge never to use live apes in their projects.