After a truck carrying nearly 60 dogs allegedly bound for slaughter and human consumption was intercepted by police in Assam, and following the massive scandal revealing that dog meat from dump-yards near Kolkata has likely been turning up in restaurants in the city, PETA India has launched a billboard campaign in Guwahati and Kolkata asking, “If You Wouldn’t Eat a Dog, Why Eat a Chicken?” 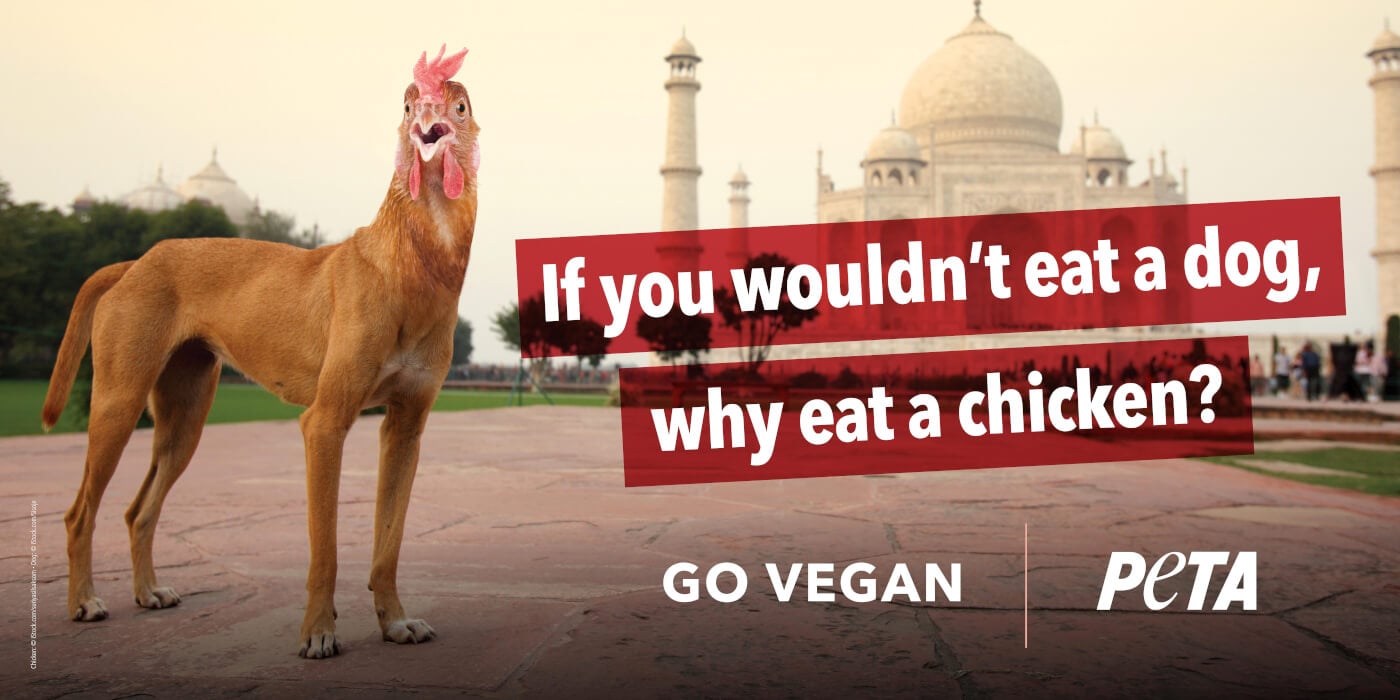 “The thought of chowing down on a dog carcass should turn anyone’s stomach, but so should doing the same to a chicken,” says PETA India CEO Dr Manilal Valliyate. “PETA India’s billboard makes the simple point that people who are disgusted by eating dog should question why they consider it acceptable to consume one animal’s flesh but not another’s and go vegan.” 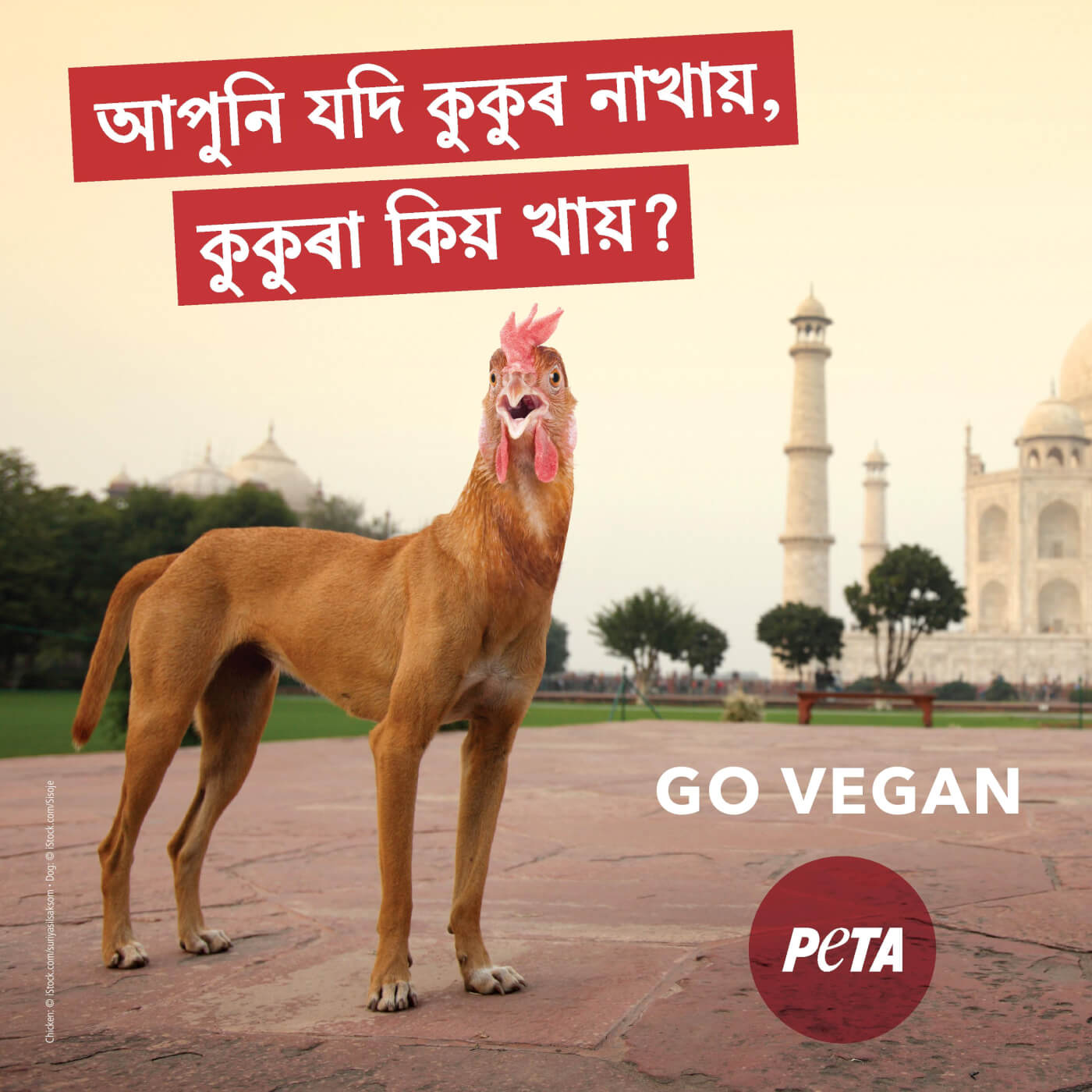 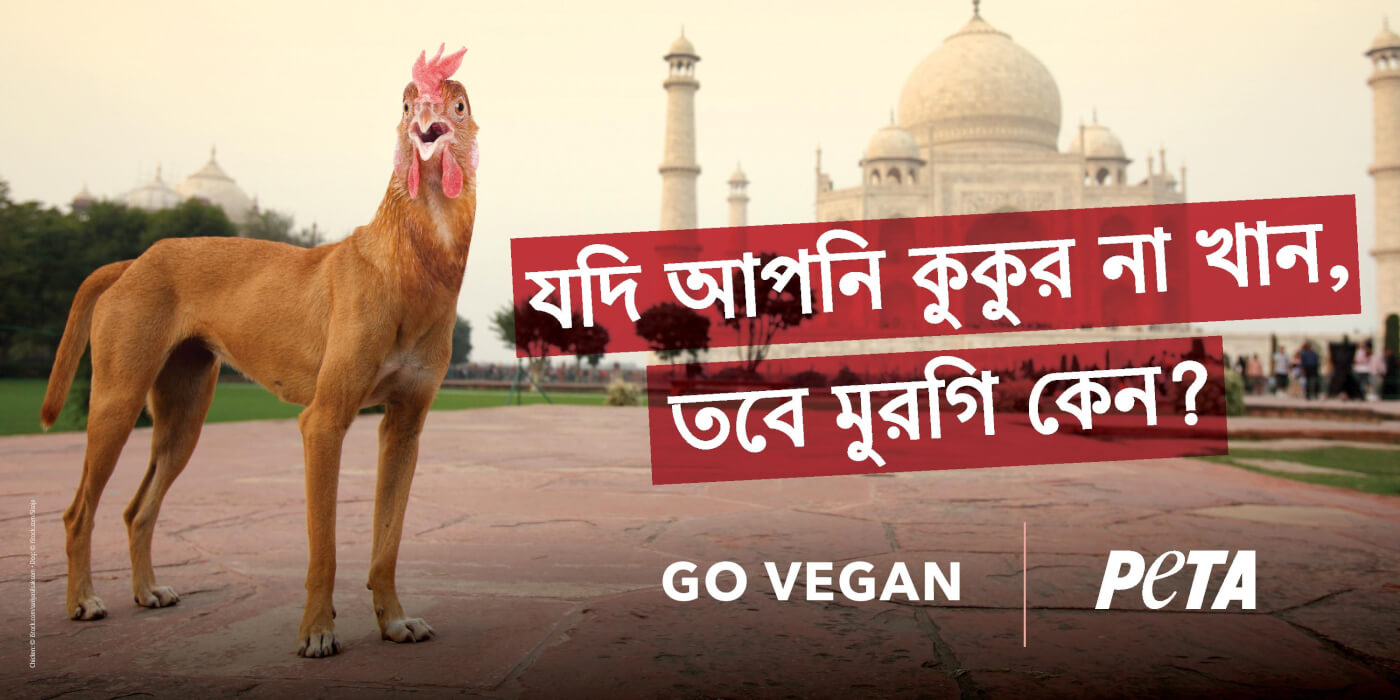 The use of animals for food causes suffering on a massive scale. Dogs are butchered with dull knives, fish suffocate or are cut open on the decks of fishing boats, chickens are kept in filthy cages so small that they can’t even spread a wing, and calves are ripped from their mothers shortly after birth so that humans can drink their milk instead.

PETA India also notes that killing dogs for meat is illegal under Section 429 of the Indian Penal Code, 1860, and Section 11 of The Prevention of Cruelty to Animals Act, 1960 and eating meat and other animal-derived foods has been linked to heart disease, strokes, diabetes, cancer, and obesity.