Don’t you just love our over-the-top ways of protesting cruelty to animals? Now, in keeping with that tradition, our latest tactic was a stage takeover at the India Oil and Gas Review Summit and International Exhibition at the Taj Lands End, Bandra, Mumbai.

The summit participants were taken by surprise when a PETA activist jumped onto the stage to urge some audience members – specifically, representatives from Indian Oil, Hindustan Petroleum and Bharat Petroleum – to replace bullock carts with a humane form of transporting oil.

Watch the video to see how this young activist continued to urge oil giants to take notice of the suffering of bulls until she was dragged out of the conference by the event organisers and escorted out of the hotel.

What motivated her to do this? In 2008, the Ministry of Food and Civil Supplies, Maharashtra, decided to phase out the use of bullock carts to transport kerosene in Mumbai by 31 March 2009, and a Government of Maharashtra 2006 notification bans the keeping and movement of cattle in Mumbai. Despite this ban, approximately 524 bullocks are still used to transport kerosene from oil ports in Sewri and Wadala to rationing shops in the city.

These animals endure tremendous suffering – many bullocks are underweight and ill, kept in filthy conditions and forced to work beyond their physical capabilities, pulling heavy loads in all weather extremes.

Join us in ending the suffering of bulls. Take action to urge the oil companies to stop using bullocks! 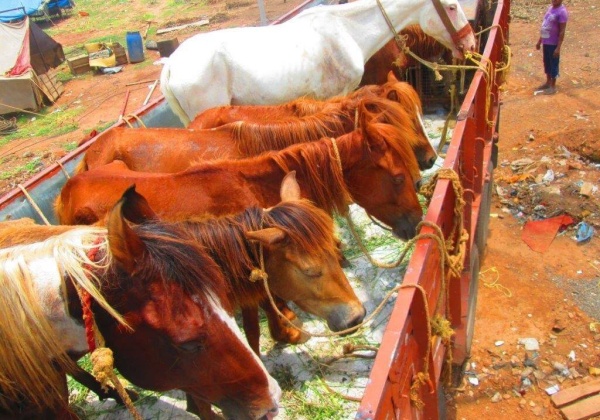 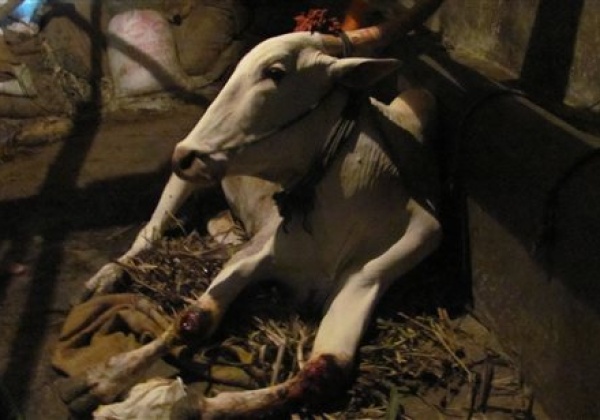