Following a complaint by PETA India that, despite a ban on cockfighting in the country, hundreds of arenas have been built for cockfighting in Andhra Pradesh, the central government statutory body the Animal Welfare Board of India (AWBI) fired off a letter to the state’s director-general of police to demand more vigilance and action against offenders and to stop such illegal events. 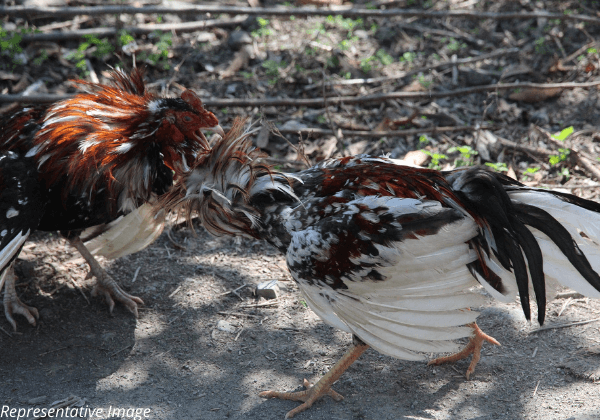 The AWBI also warned that if directions and declarations of the Supreme Court of India banning animal fights, including cockfights, aren’t effectively complied with, disciplinary action must be taken against the erring officials so that the objectives and purposes of The Prevention of Cruelty to Animals (PCA) Act, 1960, can be achieved. The AWBI further cautioned that granting permission or conducting such events would be tantamount to contempt of court.

During cockfights, two birds are incited to fight. Roosters raised for fighting are often kept in cramped cages and tormented in practice fights. Their eyes may be gouged out, their wings and legs broken, their lungs punctured, or their spinal cord severed. One or both of them may die from the event, and both are often critically injured. Last year, a cockerel who had been fitted with a knife for an illegal cockfight accidentally killed his handler in Telangana.

Thousands of arenas are being readied for illegal cockfights in East Godavari, West Godavari, Krishna, and parts of Visakhapatnam and Vizianagaram in Andhra Pradesh, in violation of orders of the Supreme Court of India and the High Court of Hyderabad. Inciting and organising animal fights are punishable offences under sections 11(1) (m) (ii) and (n) of the PCA Act, 1960.

Other vices like gambling and liquor consumption are also common at such events.

Nearly 40 people from Delhi, Haryana, and Uttar Pradesh were arrested last year for betting on cockfights, and the police seized cash, country-made firearms, and special knives from them.

Cockfights are cruel and illegal. Do not participate in them, and report them to the local police. Write to us with evidence at [email protected].