This contest is closed. For more ways to help animals, sign up here.

Win a cool PETA T-shirt autographed by Anoushka Shankar. Her latest album, Traces of You, has been nominated for a Grammy Award in the Best World Music Album category. The world-renowned sitarist is a dear friend to animals and has appeared in a PETA ad with her late father, Pandit Ravi Shankar, calling on the Indian government to strengthen animal-protection laws. She has also appeared in a PETA ad speaking out against cruelty in zoos. 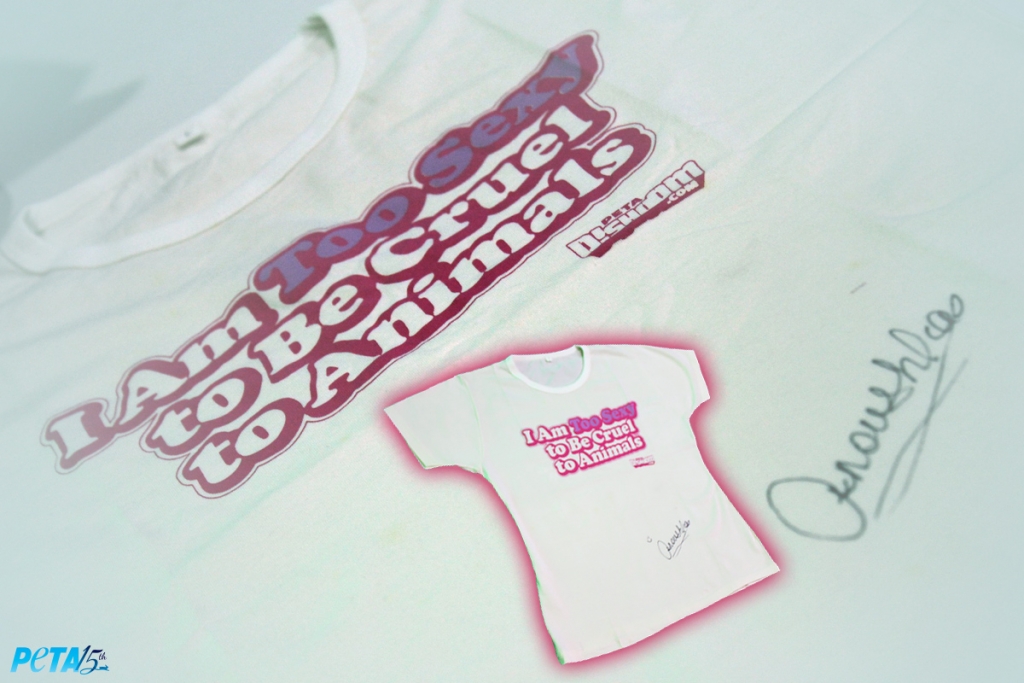 Want to win the signed tee from Anoushka? It’s pretty simple! You just have to comment on this blog and tell us what you think is the best way to learn about animals without cruelly imprisoning them in zoos. The person who writes the most inspiring answer will win the autographed T-shirt from Anoushka.

Join Anoushka in boycotting zoos. PETA’s investigations of zoos across India have shown that countless animals live in concrete and iron cages that do not have any enrichment or even a blade of grass. Some cages are so small that they restrict the animals’ natural movements.