PETA India has just received a copy of an order issued by the government of Madhya Pradesh which bans deadly manja in the state. The ban comes after PETA sent letters to and met with senior officials in the state, including Environment Minister Shri Lal Singh Arya, to request the ban, pointing out that manja kills thousands of birds every year, including endangered ones, and also kills or injures numerous children and other people.

Taking into account the severe danger manja poses to humans, birds, and infrastructure, many states and district administrations – including Amritsar, Andhra Pradesh, Chennai, Gujarat, Jammu and Kashmir, Karnataka, Maharashtra, New Delhi, Telangana, and Uttar Pradesh – have already banned or restricted its sale and use. The Ministry of Environment, Forest and Climate Change has also issued an advisory urging state governments to address the manja menace, and the Animal Welfare Board of India has written to all states and union territories encouraging them to ban it.

A bird rescuer in Ahmedabad estimates that 2,000 birds – including pigeons, kites, and vultures – are injured every year during the city’s Uttarayan festival and that 500 of them die from their injuries.

Manja poses a great threat to humans, too. In 2016, during Independence Day celebrations in Delhi alone, three humans – including two children – were killed and hundreds of animals were killed or injured by manja. In 2015, a man in Hyderabad died after his throat was slit by manja while he was riding his motorcycle. In December 2014, a 2-year-old boy in Jaipur received 22 stitches after manja cut his face and neck so severely that doctors struggled to save his life. In January 2014, a 5-year-old girl and a 26-year-old motorcyclist were killed by manja in Jaipur and Nagpur, respectively, and in Ahmedabad alone, eight people died and almost 1,500 were injured by it. In December 2013, a boy in Varanasi, the only son of a poor mason, was killed when his throat was slit by manja. These are only a few examples of its detrimental impact.

Manja has also caused expensive blackouts and has even resulted in human electrocution. According to Delhi power company BSES, a single incident involving a kite near an electrical establishment can affect up to 10,000 customers. Several top power companies, such as Reliance Power and Tata Power, have issued advisories urging people not to fly kites near electrical lines or establishments. 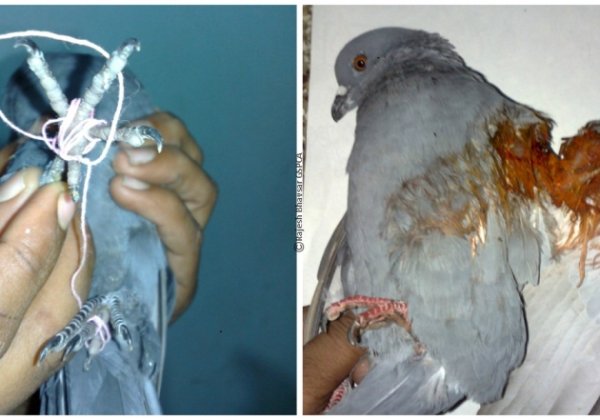 Ask for a Countrywide Ban on Manja