A PETA US donation of US $1 million in high-tech simulators will modernize physician-training programs in seven countries and spare the lives of thousands of animals in Europe, the Middle East, and Asia. 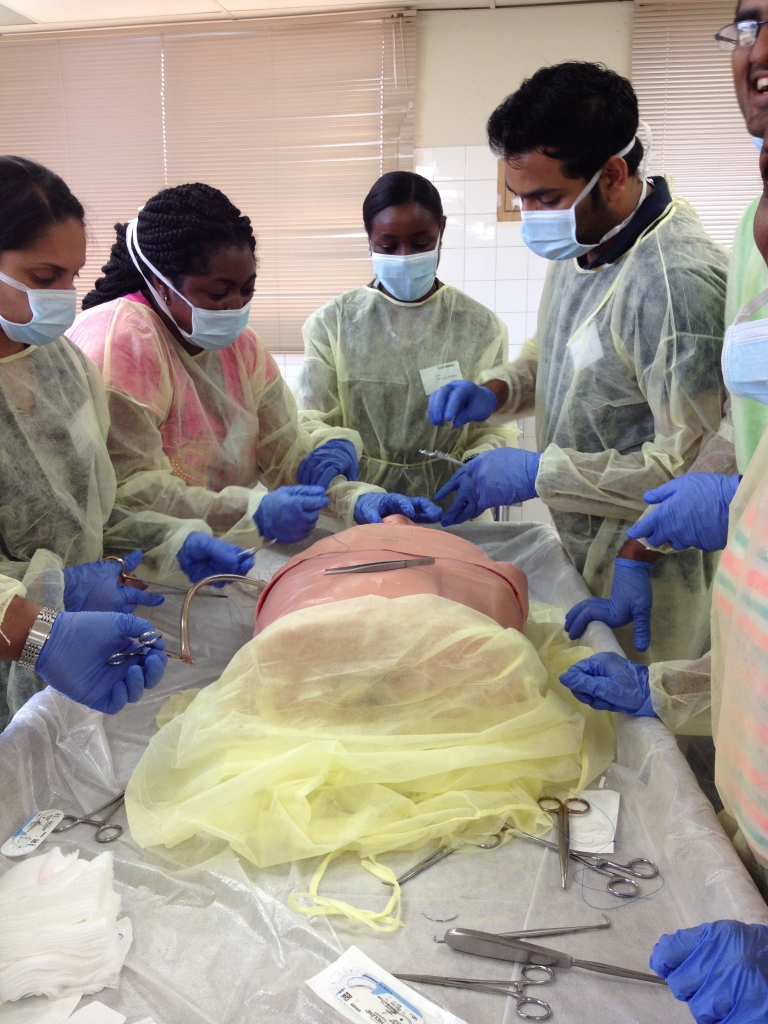 Participants using TraumaMan models, which PETA donated to replace animal use, in an Advanced Trauma Life Support (ATLS) program in Trinidad and Tobago.

Through a landmark partnership with medical simulation manufacturer Simulab—and with the support of PETA Germany, the McGrath Family Foundation, and DHL and Cathay Pacific airlines—PETA US has donated 40 state-of-the-art TraumaMan surgical simulators to national surgical training programs in Pakistan, China, Cyprus, Greece, Indonesia, Pakistan, the Philippines, and the United Arab Emirates.

These countries will now use TraumaMan—which replicates a breathing, bleeding human torso, complete with realistic layers of skin and tissue, ribs, and internal organs—instead of using animals to train thousands of doctors to perform lifesaving surgical procedures on victims of traumatic injuries.

Virtually all programs teaching the popular American College of Surgeons–sponsored Advanced Trauma Life Support (ATLS) course in the U.S., Canada, and other Western nations use TraumaMan, but until now, ATLS programs with limited budgets in other countries have required trainees to cut crude holes into the chests, throats, abdomens, and limbs of thousands of live dogs, goats, pigs, and sheep each year. The donated TraumaMan systems are more portable, are less costly, and are reusable, unlike animal-based exercises, and studies show that doctors who learn lifesaving surgical skills on TraumaMan are more proficient than those who cut into animals, largely because TraumaMan actually mimics human anatomy.

Last year, PETA US donated 67 TraumaMan simulators worth $1.675 million to nine countries—Bolivia, Costa Rica, Egypt, Iran, Jordan, Mexico, Mongolia, Panama, and Trinidad and Tobago—in the first round of this successful effort to modernize ATLS training. More than 25 percent of nations teaching this course have now ended animal use as a result of PETA US’ program.