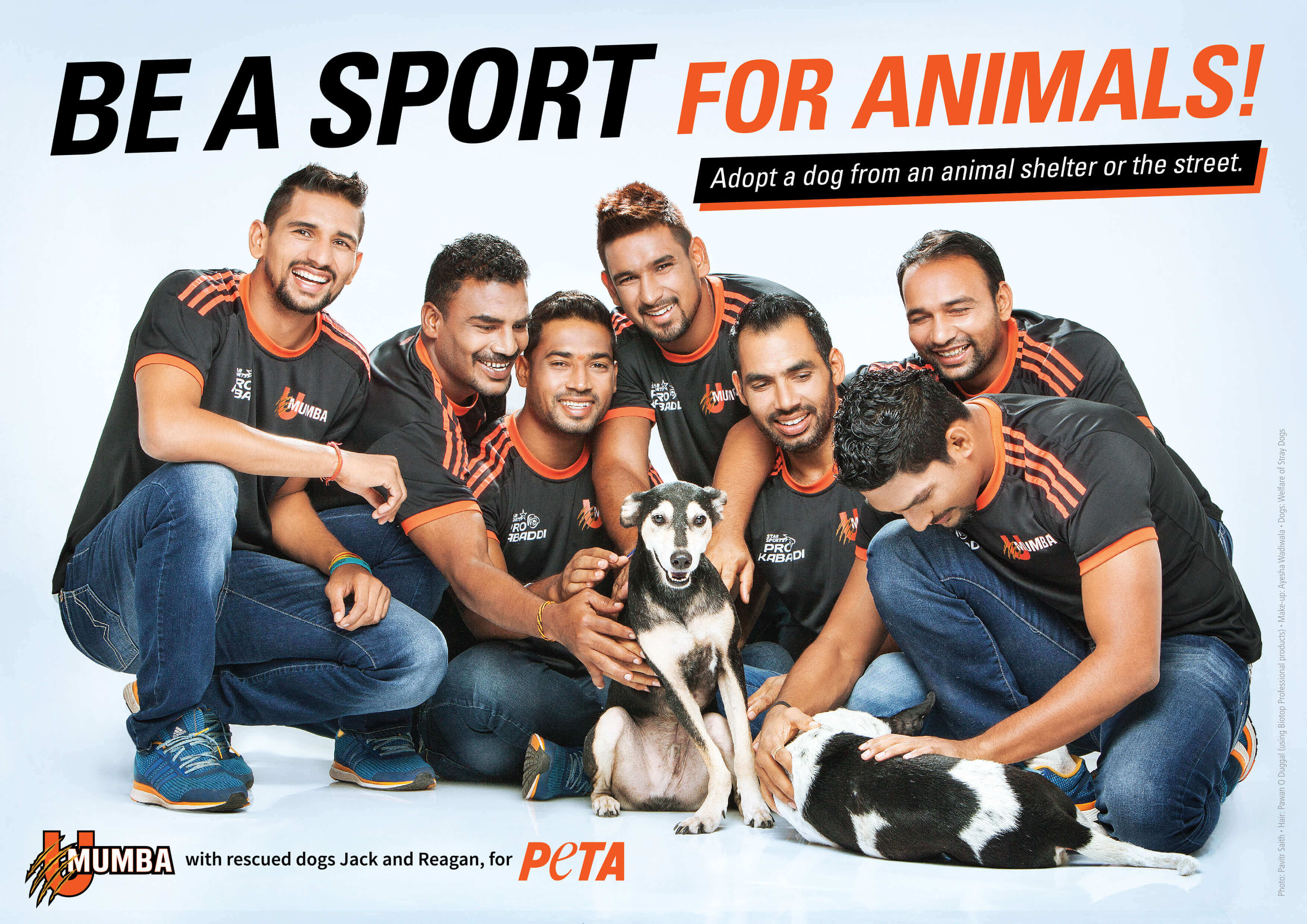 Pro Kabaddi League fever continues, and the champions of team U Mumba took time out of their busy schedule to speak up for animals. The team posed for a print campaign for PETAIndia with canine pals Reagan and Jack – who are available for adoption from The Welfare of Stray Dogs – next to this message: “Be a Sport for Animals! Adopt a Dog From an Animal Shelter or the Street”. The campaign – which launches just days in advance of the Pro Kabaddi League’s kick-off on 25 July – was shot by Pavitr Saith, with make-up by Ayesha Wadiwala and hair-styling by Pawan O Duggal using Biotop Professional products.

Across India, homeless dogs and cats go hungry, are killed by vehicles, sustain broken bones, suffer from infected wounds and are abused by cruel people. Countless more wait in animal shelters because there aren’t enough good homes for them. PETA  encourages families always to adopt dogs and cats and never to buy them from breeders or pet stores, which exacerbates the homeless-animal overpopulation crisis.

Sterilisation eliminates the stress and discomfort that females endure during heat and greatly reduces the risk of developing mammary cancer. It also makes males far less likely to roam or fight. Team U Mumba’s co-stars are currently available for adoption. Anyone interested in adopting Reagan and Jack should contact The Welfare of Stray Dogs on +91-22-64222838 or via e-mail at [email protected].