As Uttarakhand marks six months of climate change–fuelled forest fires resulting from factors such as reduced rainfall and rising temperatures, PETA India has just placed a billboard in Dehradun urging everyone to help battle such blazes by going vegan. 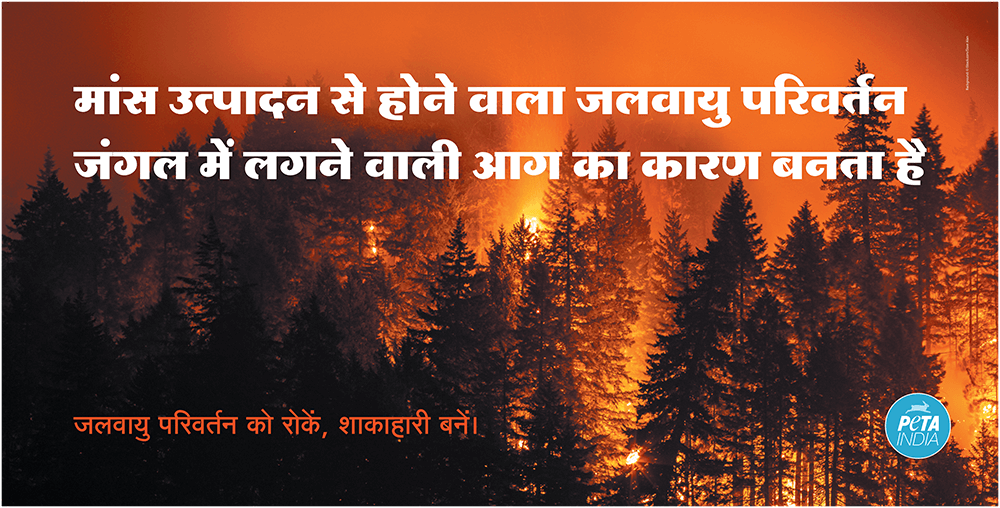 According to some estimates, animal agriculture (the industrial breeding, rearing, and slaughter of animals) is responsible for more of the greenhouse-gas emissions that cause climate change than all the world’s transportation systems combined. Researchers at the University of Oxford found that cutting out meat and dairy can reduce an individual’s carbon footprint from food by up to 73%, making it conceivably the single biggest way to reduce our impact on the planet.