To mark Vegetarian Awareness Month (October), World Vegetarian Day (1 October), and Gandhi Jayanti (2 October), members of PETA India, the Rotaract Club Chandigarh Himalayan, and Aashray drenched themselves with “blood” representing that of the tens of billions of animals who are violently killed in slaughterhouses every year. 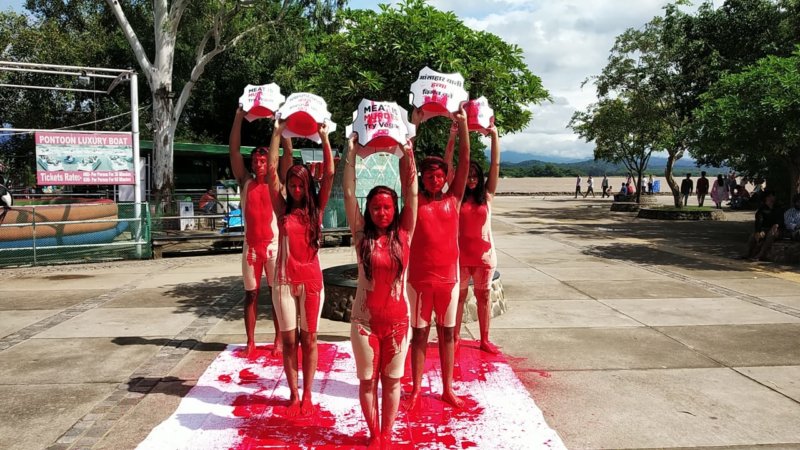 Vegans are also less likely to suffer from heart disease, diabetes, and cancer – all of which are widespread health problems in India – and are, on average, fitter and trimmer than meat-eaters are. In addition, animal agriculture is a leading cause of water pollution, deforestation, and land degradation, and the United Nations has stated that a global shift towards vegan eating is necessary to combat the worst effects of climate change.