Wearing a “bloodied” chicken costume and lying with her throat “slit” on a chopping board next to a giant meat cleaver, PETA India founder Ingrid Newkirk reminded passers-by yesterday that flesh is flesh, in honour of World Vegan Month (November). 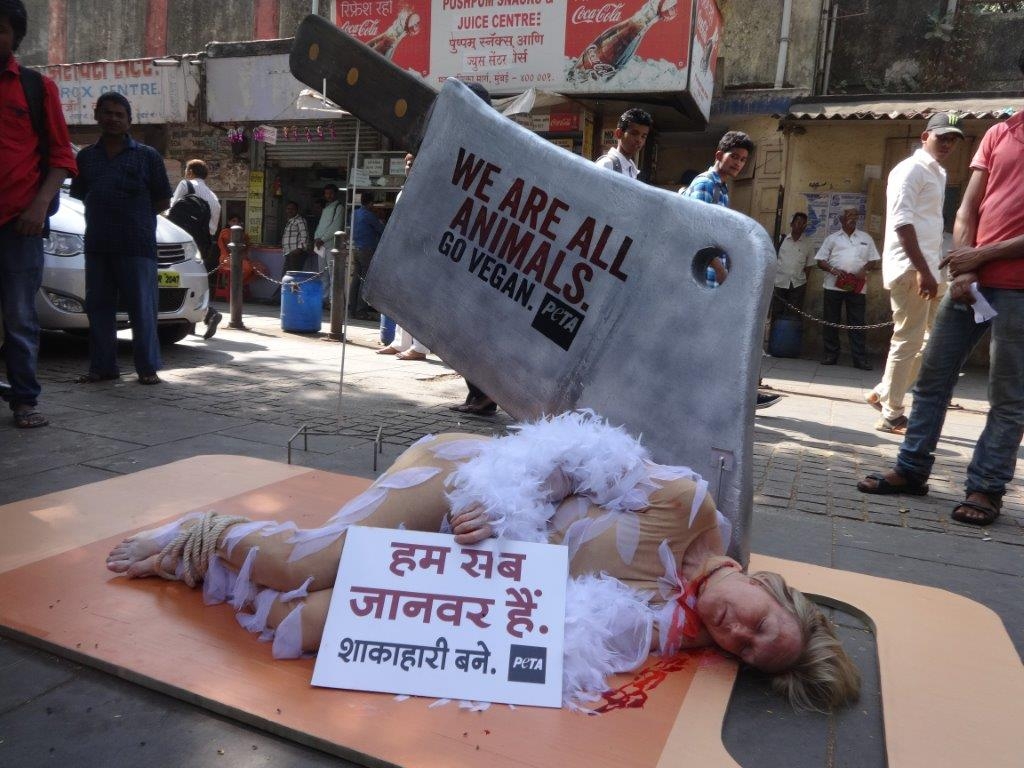 “When it comes to joy, love, pain and suffering, chickens feel the same as any cow or human”, says Newkirk.” PETA points out that an estimated million once living, feeling chickens are killed to be eaten every four hours in India. We can stop the immense suffering of these gentle birds simply by choosing vegan meals.”

You can help save animals’ lives: