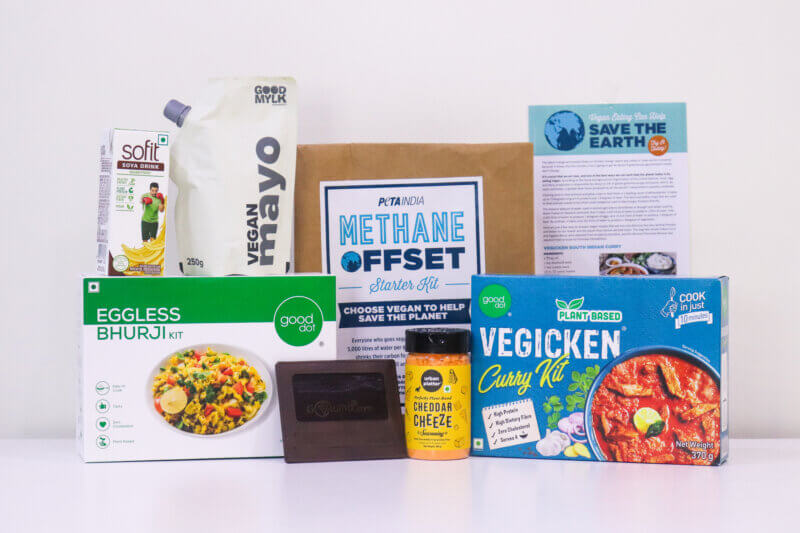 “I’ve loved India ever since I participated in Bigg Boss and adopted my beloved dog companion Pyari, who was found at a construction site in Mumbai,” writes Anderson. “So, it worries me that the Intergovernmental Panel on Climate Change has warned India will suffer from more frequent and intense heat waves, severe rainfall, and other extreme weather conditions due to climate change if global emission trends don’t change.”

Anderson points out that the United Nations has warned that a global shift towards animal-free eating is necessary to combat the worst effects of the climate catastrophe and that animal agriculture is responsible for nearly one-fifth of all human-induced greenhouse gas emissions. In addition to harming the planet past the point of no return, the meat, egg, dairy, and leather industries are abysmally cruel to animals, who are forced to spend miserable lives in intensive confinement before their throats are slit in slaughterhouses.