At petaDishoom we’ve created a new lingo to express our love for animals by teaching the ABC’s to people in Maharashtra. No, we’re not talking about our new literacy drive, but something just as important: Animal Birth Control (a.k.a ABC).

Pam Anderson recently wrote a letter to the Supreme Court stating, ”Dogs cannot use condoms, but with the municipality’s help, they can be ‘fixed’ — painlessly, quickly and permanently.” Following her letter, the Supreme Court made an official ruling outlawing killing of stray dogs.

So with the new SC ruling of not killing strays at random, we decided to organize an ABC awareness demonstration with students of SICSR college for the NEN Entrepreneurship Week to help prevent even more animal suffering. We went to residential colonies, supermarkets and the busy streets of Pune to spread some love and let people know that ‘Killing is not a solution, sterilization is’. And yes, we were really cool at it. 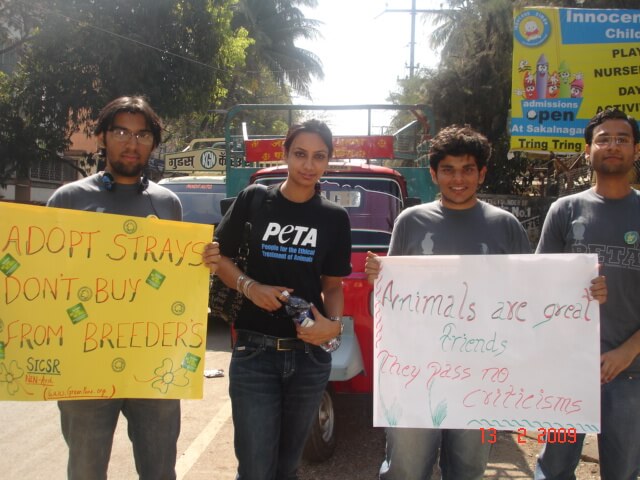 You can be a part of such cool campaigns by helping us organize a few. Just send us your ideas at [email protected].