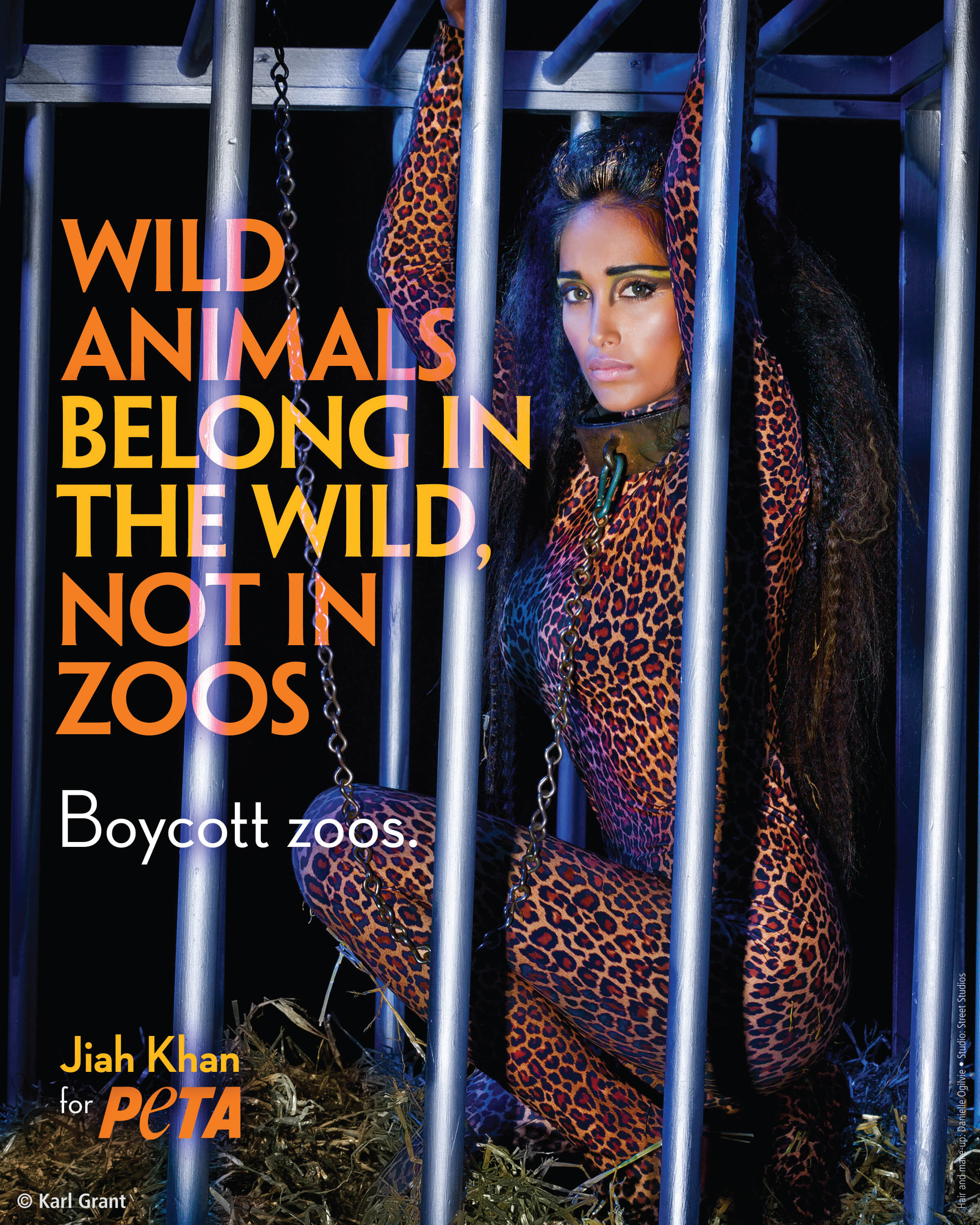 After speaking up about the plight of birds who get maimed by glass-coated manja, the Bollywood beauty has decided to help wild animals stay in their real homes. Through this eye-catching, brand-new PETA ad shot by Karl Grant in London, Jiah wants to spread the word that animals who are locked up in zoos suffer and that their true natures can’t possibly be appreciated when they are kept in captivity.

Why has she decided to be a voice for animals imprisoned in zoos? Because these animals are denied everthing that is natural and important to them. They express their frustration and loneliness through obsessive, repetitive and even self-destructive behaviour, such as pacing, head-bobbing and self-mutilation.

An Oxford University study based on four decades of observing animals in captivity and in the wild found that animals, such as polar bears, lions, tigers and cheetahs, ” show the most evidence of stress and/or psychological dysfunction in captivity”. PETA’s investigations of zoos across India revealed horrific conditions, including deficiencies in food, drinking water, housing, veterinary care, environmental enrichment, safety and security. Recently, newspapers have reported many cases of animals becoming ill and dying in zoos in India.

Show your support for Jiah and animals by becoming a part of PETA India’s Activist Network.