Heena Sidhu has shot to fame. She is the first Indian pistol shooter to win gold at the International Shooting Sport Federation (ISSF) World Cup finals and is currently the world’s top-ranked 10m air pistol shooter. But this ace shooter, managed by IOS Sports & Entertainment,  would never dream of putting animals in the crosshairs, which is why she has teamed up with PETA to encourage her fans to say no to hunting. Heena’s striking anti-hunting ad was shot by leading fashion and celebrity photographer Gaurav Sawn, with hair and make-up by Rohini Foregard. 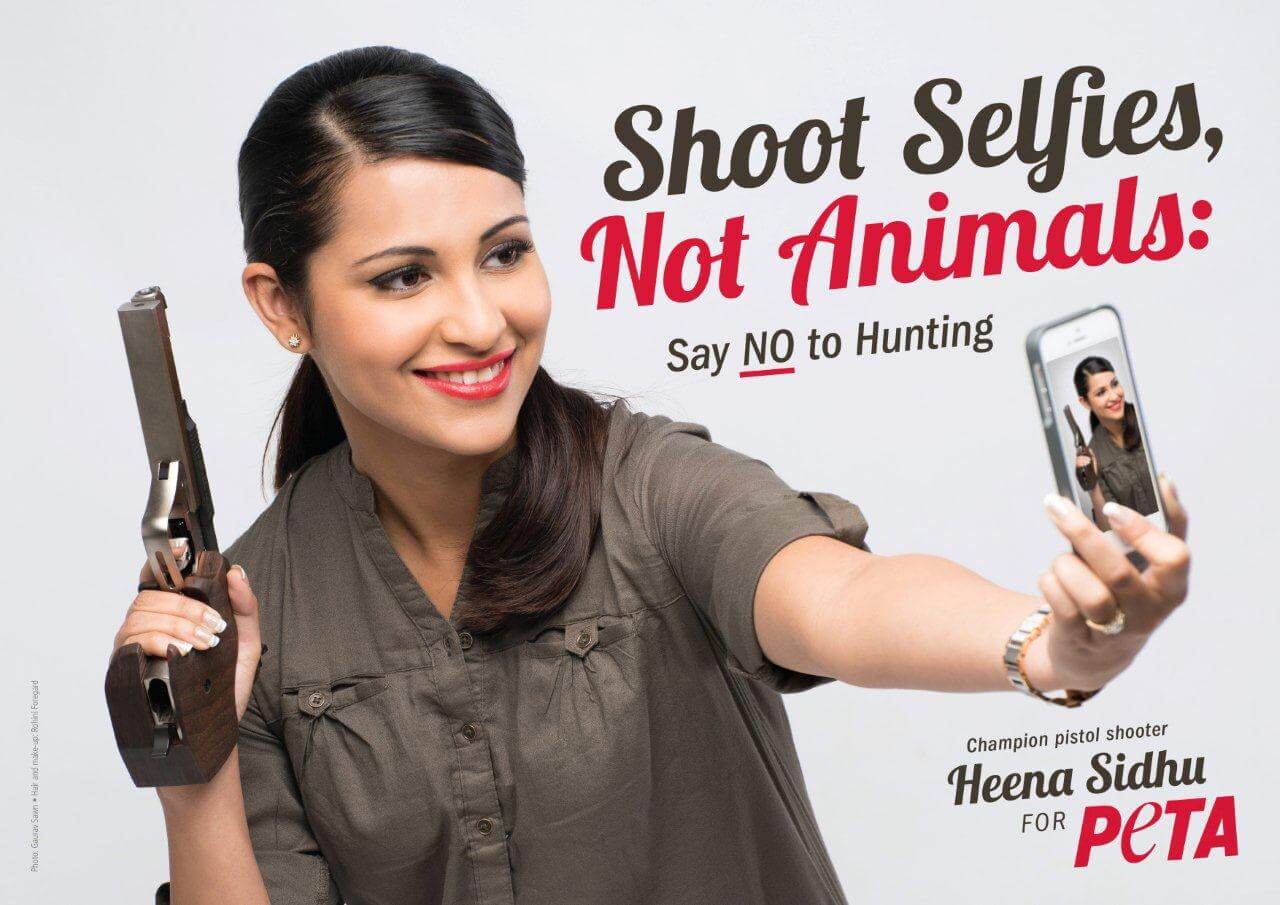 While hunting is illegal in India, hunters continue to target animals illegally or travel abroad to hunt. A 2012 study found that more than 100 species of mammals as well as dozens of birds and reptiles were being actively hunted across the country. Many animals who are shot with a bullet or an arrow flee injured – only to die slow, agonising deaths from blood loss, shock, starvation, gangrene or attacks by predators.

No wonder Heena says that “hunting is really the epitome of cruelty towards animals and we should take every measure to stop” it. If you see any questionable activities in wildlife reserves or other protected areas (where animals are often illegally hunted), notify local forest department officials right away.

Visit PETA’s website to find out how else you can help protect our wild neighbours.