Bollywood actor, model and martial artist Vidyut Jammwal may have a rock-hard body, but he’s got a soft spot for animals, too. The star of the new movie Commando posed for PETA’s sexy new ad and encourages people to go vegetarian. The ad was shot by ace photographer Haider Khan. Jammwal’s hair was done by Yogesh Jadhav and Pradeep Pandey did the make-up. 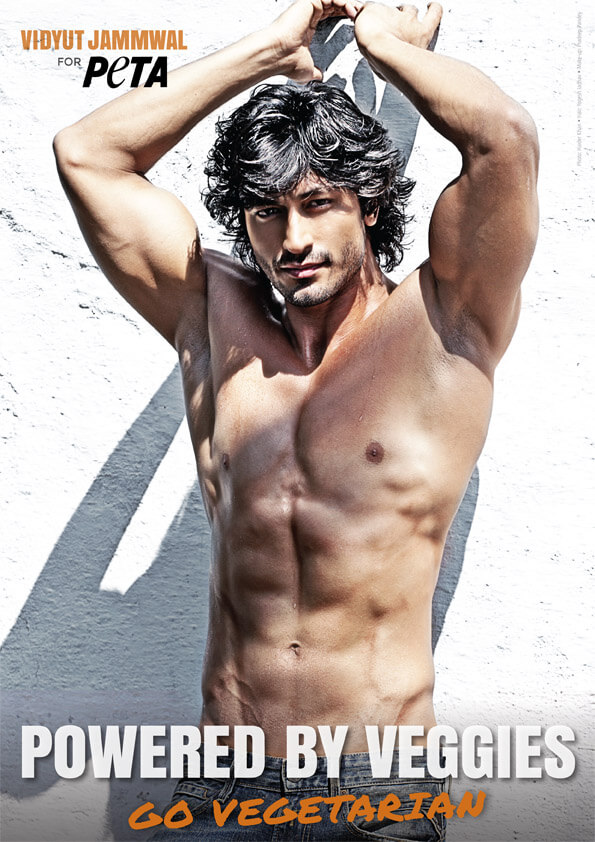 Jammwal, who went vegetarian 15 years ago, says, “I believe that everybody should be [vegetarian] because it has a lot of benefits. … Being a vegetarian keeps you very agile, keeps you on the toes and doesn’t make you feel lazy. I personally believe that being vegetarian is the way because I have felt the changes – I have seen myself evolve as a human being, mentally as well as physically”.

Meat and other animal-based foods are high in cholesterol and saturated fat and have been linked to heart disease, diabetes, obesity and several types of cancer. It’s much healthier – and kinder – to eat tasty, cholesterol-free vegan foods. Each vegetarian saves the lives of many animals every year. And a United Nations report concluded that a global shift towards a vegan diet is necessary to combat the worst effects of climate change and other environmental problems.

If you want to get lean and strong like Jammwal – and help save animals and the Earth – go vegan today!

Pledge to Be Vegetarian

I want to join the fight against cruelty to animals, protect the planet and boost my health. By signing my name, I pledge to go vegetarian.