Israel started off 2013 with a bang—or make that a ban. On January 1, Israel banned the import, sale, and marketing of animal-tested cosmetics, toiletries, and household cleaners. The new ban improves on a 2007 ban on testing personal-care and household products on animals within the country by blocking products that have been tested on animals in other countries from even crossing Israel’s border. 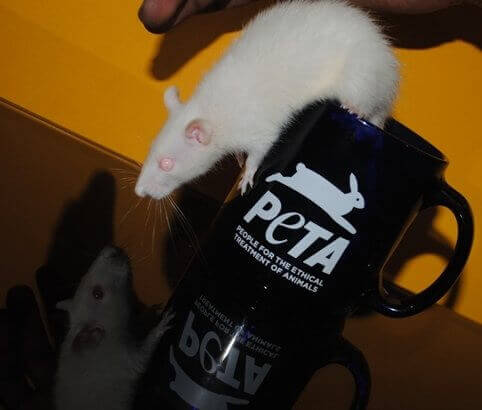 The European Union (EU) passed a similar ban that is also scheduled to take effect on 11th March 2013. March 11. The law bans the import and sale of animal-tested cosmetics.

India may be next in line to protect animals from being tormented and killed in such tests. PETA India has persuaded industry and government officials to consider a blanket ban for all tests on animals for cosmetics and household ingredients and products. If India doesn’t act, the EU and Israeli markets will be cut off to Indian cosmetics manufacturers.

Devoted animal advocate and PETA India supporter MP Maneka Gandhi recently met with the Drug Controller General of India, Dr GN Singh, to discuss a possible ban on animal-tested cosmetics. Dr. Singh concluded, “Several developed countries have put in rules that ban testing cosmetics on animals. We are thoroughly examining them. We don’t want to be cruel to animals. If other countries don’t allow it, we will also ban animal testing of cosmetics. The decision will follow a thorough examination and a strong scientific examination”.

As the Central Drugs Standard Control Organization conducts its examination, PETA India has provided the agency with information explaining that upgrading to modern, superior non-animal testing methods will result in improved safety standards for personal-care products.

Furthermore, PETA India Science Policy Advisor Dr Chaitanya Koduri is on the Bureau of Indian Standards (BIS) committees which discuss cosmetics and household product testing standards, and uses his seats to campaign for the BIS to remove requirements for animal tests.

Until animal testing is banned, we can all help protect animals from being abused in experiments. Please select cosmetics that aren’t tested on animals by consulting this guide.

PETA India has persuaded industry and government officials to consider a blanket ban for all tests on animals for cosmetics and household ingredients and products. If India doesn’t act, the EU and Israeli markets will be cut off to Indian cosmetics manufacturers.