Prompted by complaints over the treatment of monkeys at the Monkey Sterilisation (MSC) in Himachal Pradesh and Uttarakhand – part of the state Forest Departments’ effort to control the population of monkeys in the area – inspectors with Lala Lajpat Rai University of Veterinary & Animal Sciences, the Animal Welfare Board of India (AWBI), People for Animals and PETA India inspected the facility in Himachal Pradesh and revealed that no written standard operating procedures are in place to ensure the humane treatment of the monkeys during capture, handling, transport, housing, surgery, post-operative care and release, which leads to injuries, starvation, prolonged captivity and other abuses. 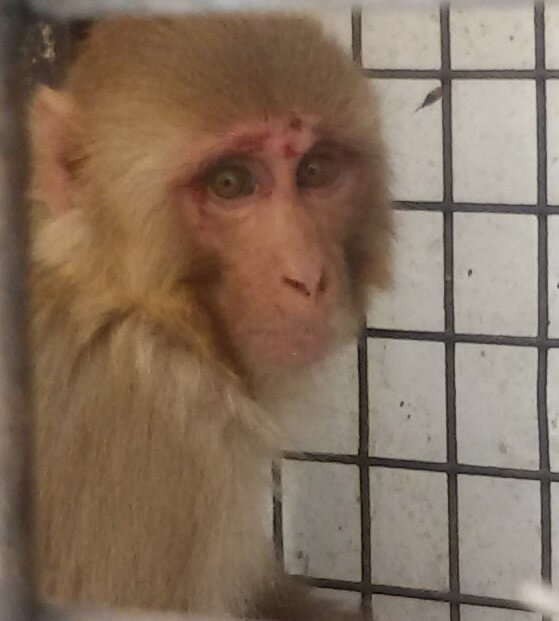 Monkey with a face injury 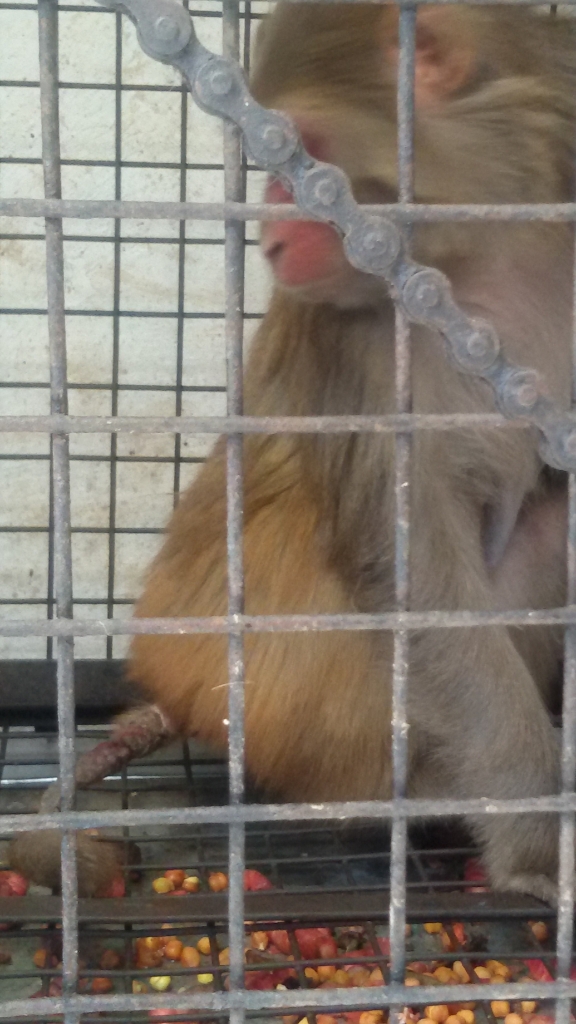 Monkey with a serious untreated injury of the tail 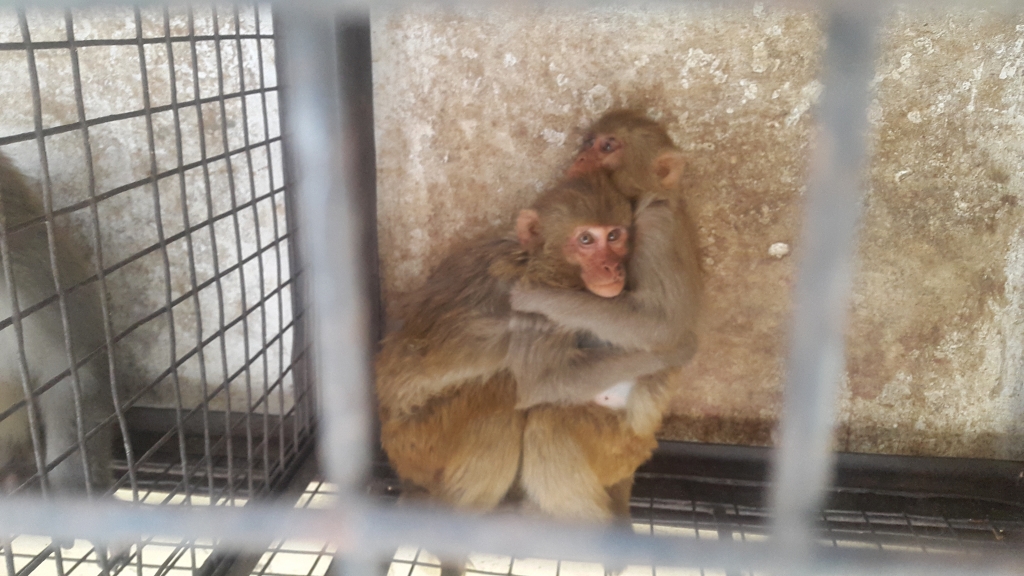 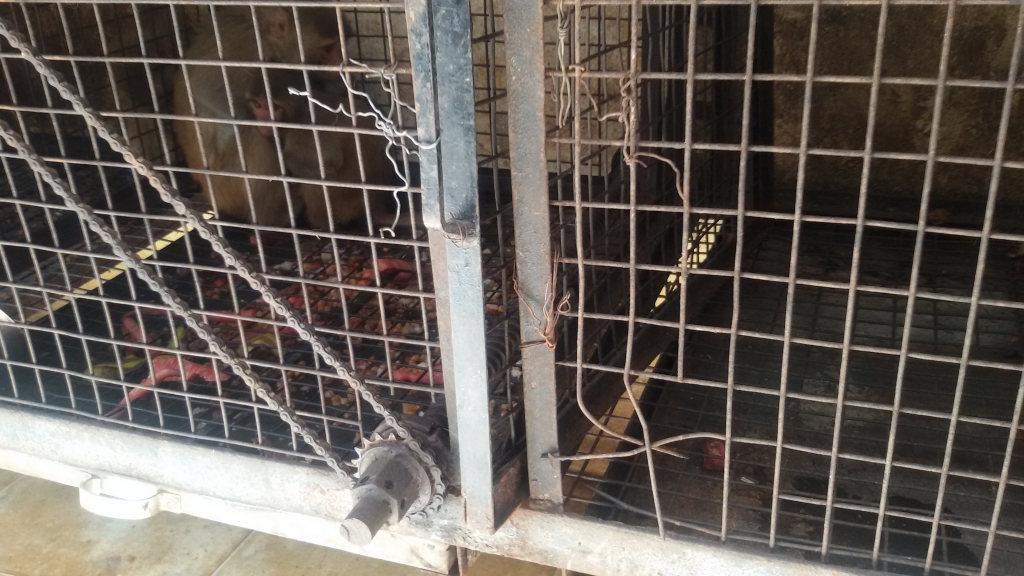 Sharp iron mesh on the broken part of the a cage. 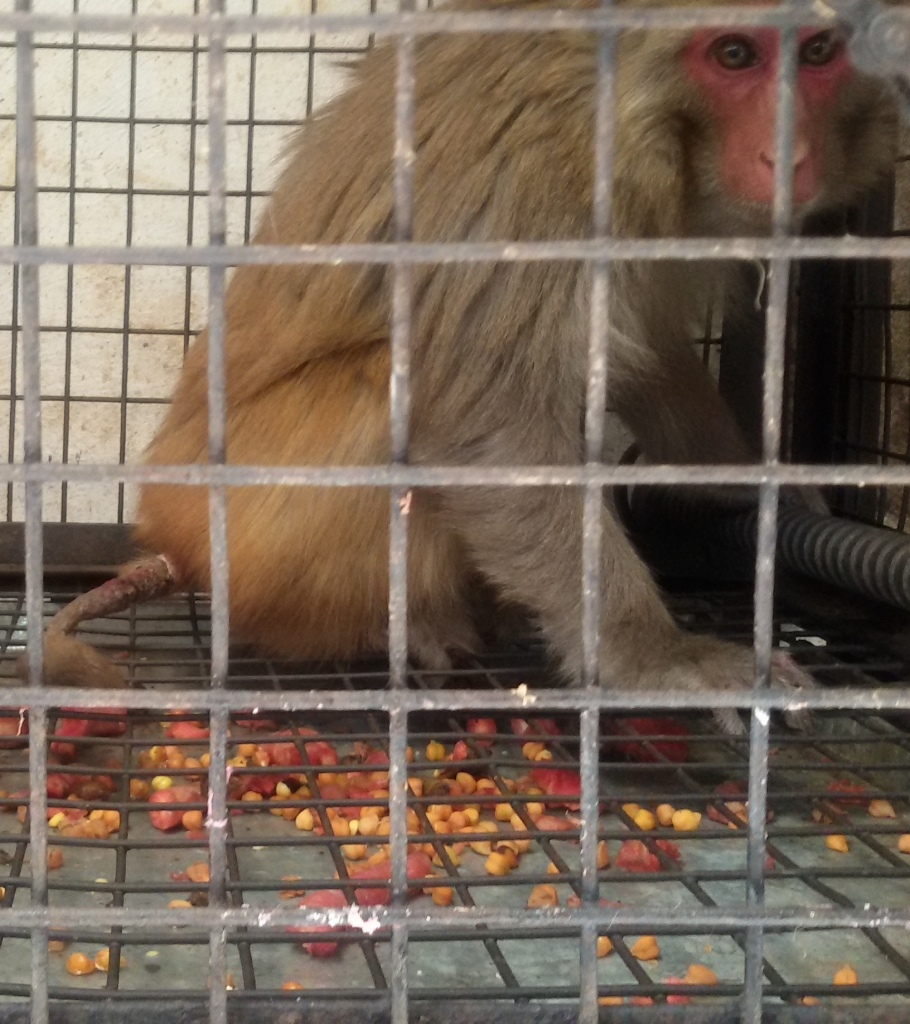 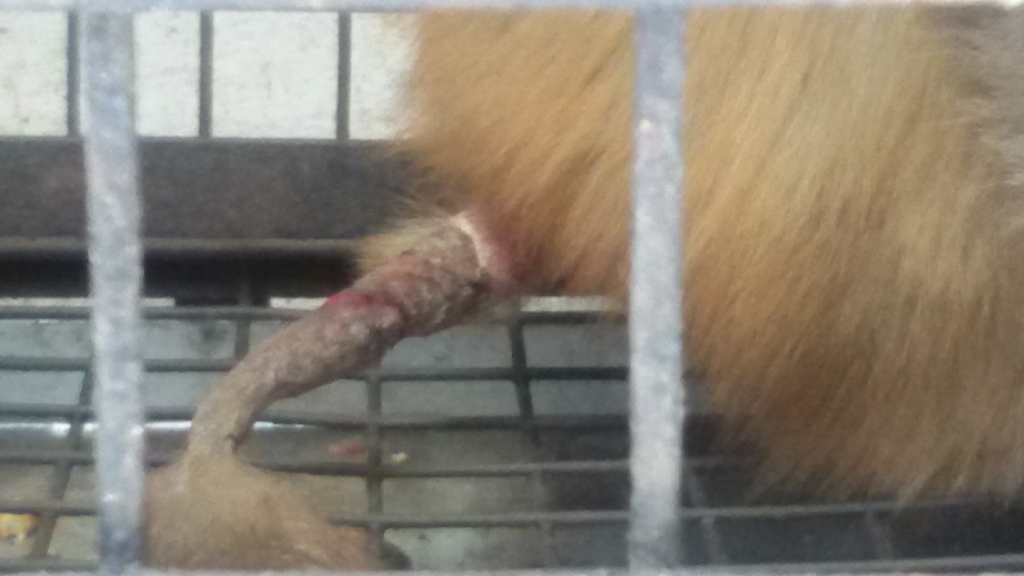 The facility also operates on pregnant monkeys in the absence of an ultrasound machine to detect pregnancy and does not have a weighing machine to measure out anaesthetics properly. During the period between February 2007 and February 2014, a total of 29,038 monkeys were captured and 24,751 were sterilised – 4,557 (or 16 per cent) of whom were unfit for sterilisation, as they were found to be either pregnant or already sterilised.

The report further revealed that the monkeys were rarely, if ever, given any pain relief after surgery and that the only oral analgesic available in the post-operative unit was acetaminophen (paracetamol), which provides only mild pain relief. The monkeys huddled together in pain and fear inside tiny, rusted, filthy and barren cages, and many of them – some of whom were pregnant – were starved for more than 24 hours and held captive for more than five days.

The AWBI have now urged the Inspector General of Forests (Wildlife), the Central Government and the Chief Secretary in Himachal Pradesh to take immediate action to comply with the requirements and forward the report on action taken to the board at once. With the Himachal Pradesh Forest Department in the process of advising other states (and even Sri Lanka) to start the same programme, the AWBI have recommended that the MSC be shut down until the Forest Department establish suitable standard operating procedures (SOP) to ensure the monkeys’ humane treatment.

You can help by urging these officials to shut down the monkey sterilisation centre until the Forest Department establish a suitable SOP to ensure the monkeys’ humane treatment: